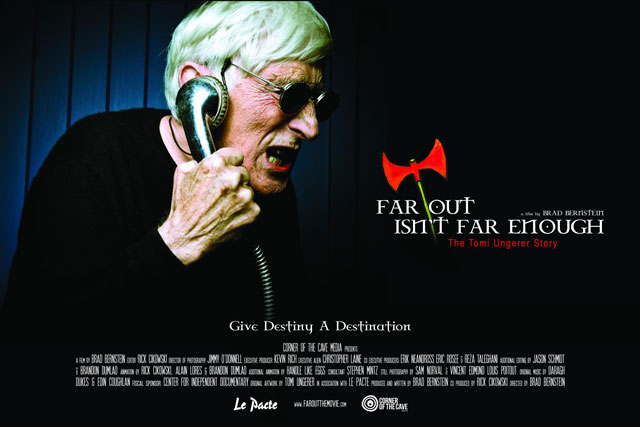 Far Out Isn’t Far Enough: The Tomi Ungerer Story is an upcoming feature-length documentary film by director Brad Bernstein that chronicles the life and career of children’s book and erotica illustrator Tomi Ungerer (trailer). The film will premiere at the Toronto International Film Festival (tiff.) on September 6, 2012.

Tomi Ungerer’s career defies easy description. He rose to prominence in the late 1950s as the creator of acclaimed children’s books such as Crictor, Emile, and The Three Robbers. “I dare say, no one was as original,” says Maurice Sendak. “Tomi influenced everybody.” His creativity crossed multiple boundaries. In the 1960s, he drew iconic protest posters for the anti-war and civil rights movements. Fueled by his own desires, he created lavish books of erotica with titles like Fornicon. But these multiple identities couldn’t coexist. When his adult work came to the attention of the American Library Association in the early seventies, his children’s books were effectively banned…

Director Brad Bernstein performs a laudable act of rediscovery by tracking down Ungerer and coaxing him into this documentary. As we see on camera, it wasn’t easy. Ungerer is still haunted by the traumas of his childhood. Born in 1931 in the French region of Alsace, he suffered the death of his father at an early age and lived through the Nazi occupation. The memories are so painful for Ungerer to revisit that he initially resists Bernstein’s attempts at an interview. 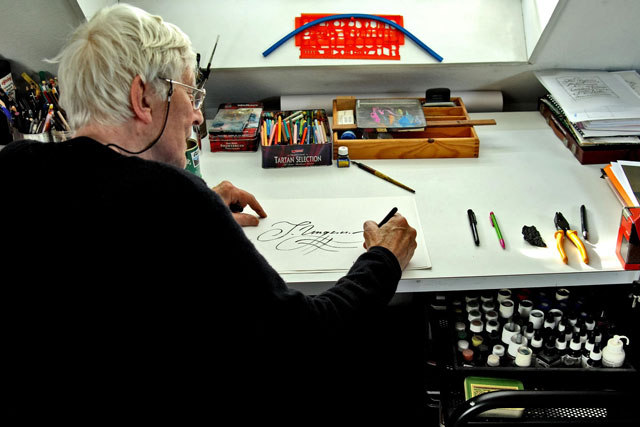