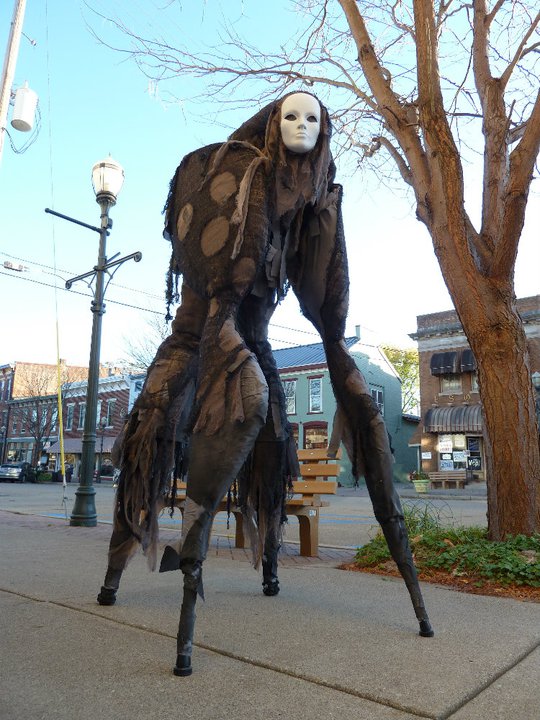 For Halloween in 2010, artist Melissa Irwin and her husband Garen built four-legged “Stilt Spirit” costumes that move with a wonderfully unsettling, thoroughly inhuman gait. The costumes also feature blank human faces, the better to freak out bystanders. According to Irwin, the costumes are inspired by the 1982 fantasy film The Dark Crystal and the films of Hayao Miyazaki. The costumes were created from crutches, stilts, upholstery foam, and fabric–Irwin is selling instructions for the Stilt Spirit on her Etsy store.

via everlasting blort, The Presurfer