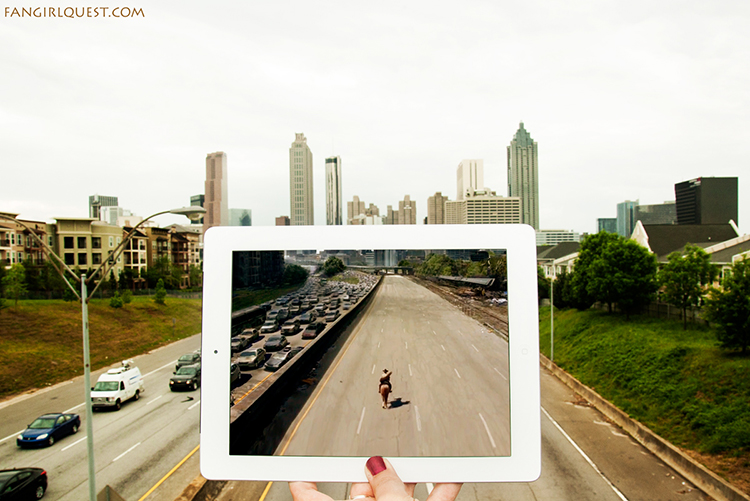 The Walking Dead on Interstate 85 in Atlanta, Georgia

Fangirl Quest is a fun travel blog run by artist Tiia Öhman and the iPad-holding travel organizer Satu Walden that follows the two film buffs as they visit famous movie and television show locations around the world to photograph them in real life. More of the talented ladies’ “sceneframing” photos are available to view on Tumblr, Facebook, and their Fangirl Quest blog.

What started as an epic road trip to filming locations all over the UK eventually led to a series of photos we like to call Sceneframing. Though this is still the heart and soul of our Quest, it has grown into something much bigger..

We attend events and premieres, visit attractions, meet other fans, organize giveaways and competitions and go on road trips as often as we can.

We’re passionate about what we do and hope to share it with as many fellow fans as possible. 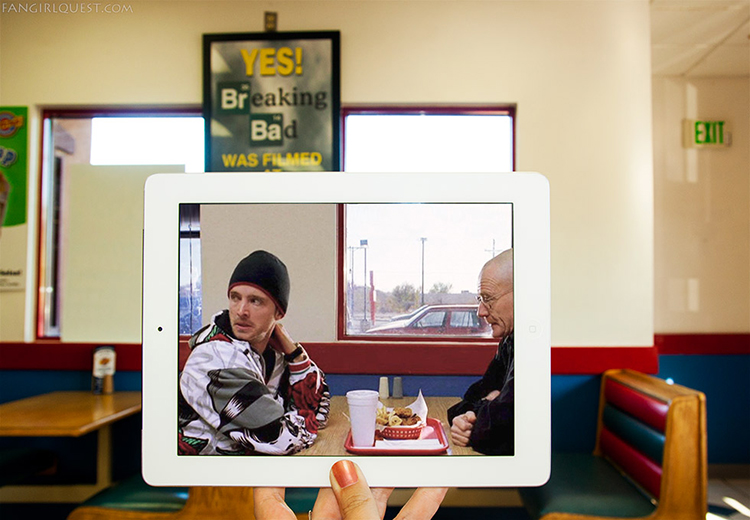 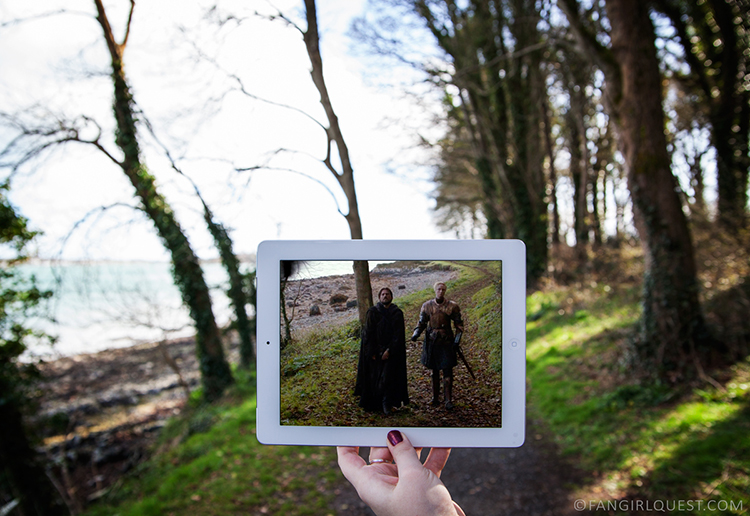 Game of Thrones near Castle Ward in Northern Ireland 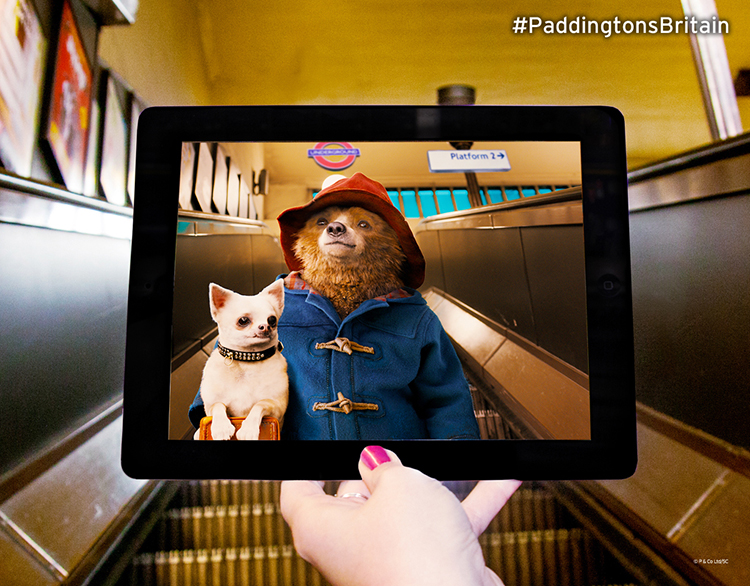 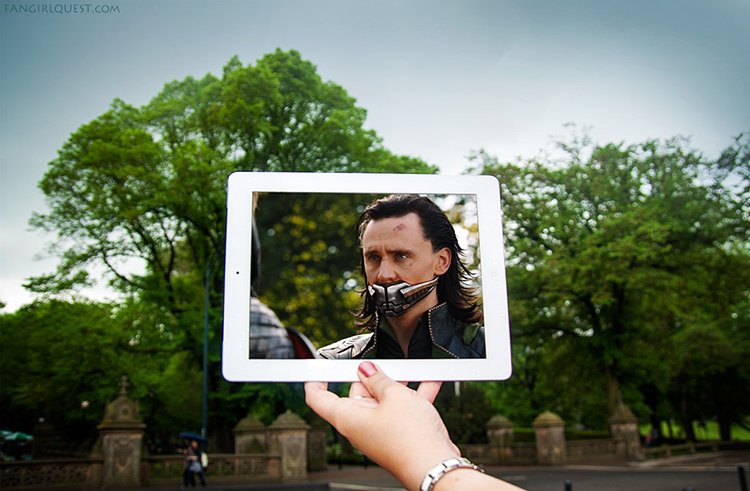 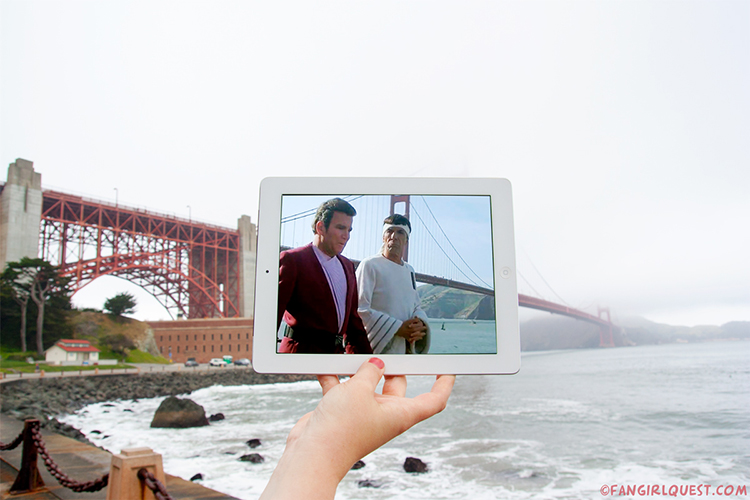