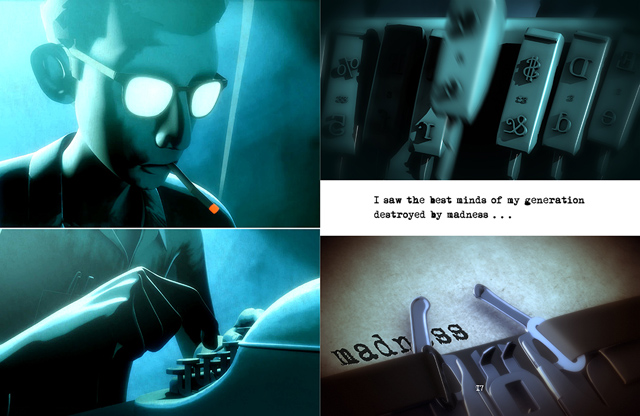 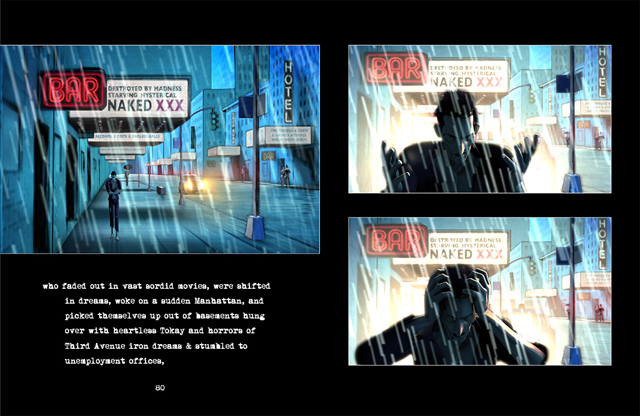 The artist behind the animation is Berkeley artist and New York transplant Eric Drooker. You might have seen some of Drooker’s work on the cover of the New Yorker, where he regularly produces some of that magazine’s most stunning and iconic images: 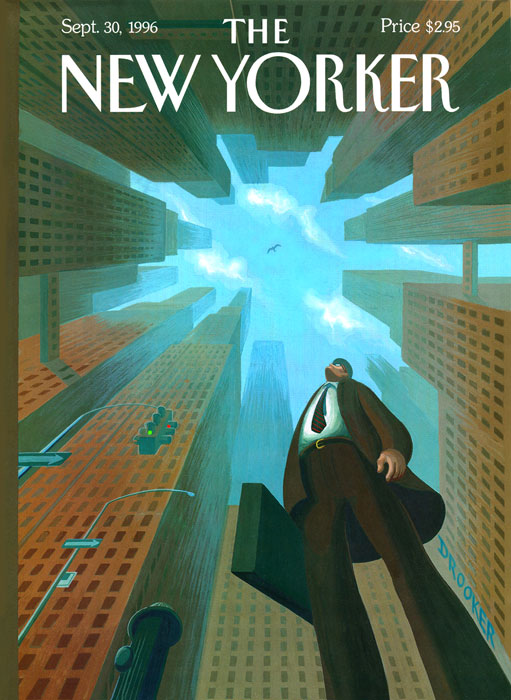 “I worked as animation designer on Howl for about three years,” says Drooker. “I created hundreds of storyboards, character designs, and a ton of concept art—the best of which has recently been published as ‘Howl: A Graphic Novel‘”

Drooker was a natural choice for the filmmakers. Ginsberg at one time collected Drooker’s street art in New York, and the two were friends and collaborators. 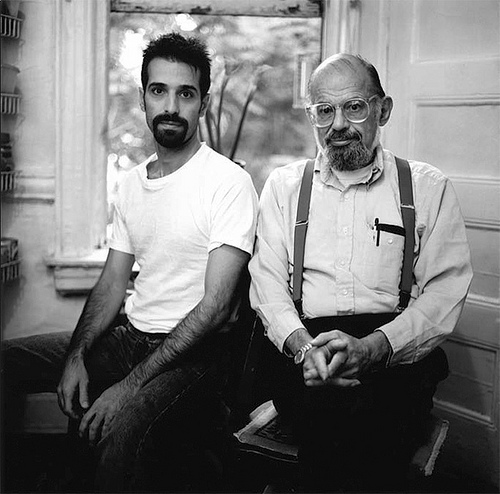 On Wednesday, February 9, Drooker will give one of his famous slide lectures (free!) at CounterPulse in San Francisco. Here’s the blurb:

Visual artist Eric Drooker will project hundreds of images and explore his early years as a street artist in New York City. He’ll trace the evolution of his graphic novels into animation, as in the recent hit film HOWL, and discuss his experiences creating street posters, covers for The New Yorker—and his slow infiltration of the mainstream.