In 1982, budding animator Joel Fletcher created the low budget stop-motion short, Encounter, which tells the tale of knights “overcoming” aliens in the Middle Ages. Originally shot on 16mm film, Encounter was digitally remastered in 1080p via telecine in 2009. What makes this film short particularly interesting is that Joel became a professional animator behind major animated movies and games such as The Nightmare Before Christmas and Resident Evil 5. At his site, he details his process for making Encounter.

Having previously filmed numerous animated experiments, I devised the methodology for a more ambitious project, ENCOUNTER, about a confrontation between knights and aliens in the Middle Ages. Information about the stop-motion process was very scarce in those days, but I managed to figure out and find ways that would work within the confines of low budget independent filmmaking. 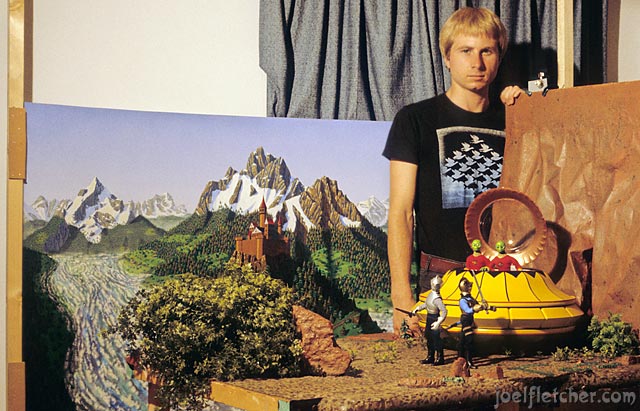