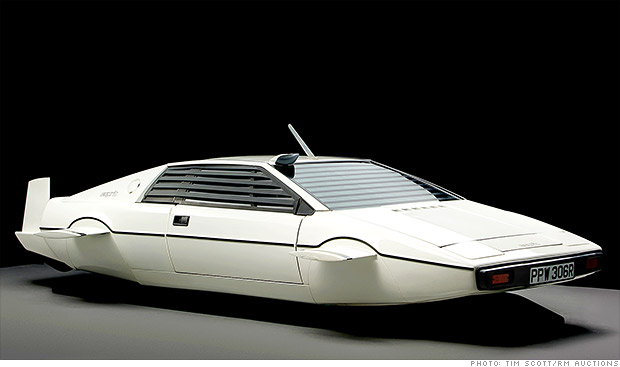 At an auction in September, entrepreneur Elon Musk paid $920,167 for a Lotus Esprit submarine prop car from the 1977 James Bond film, The Spy Who Loved Me. Unlike the gadget-filled car depicted in the film, the prop car does not work as an automobile and only operates underwater as a wet submersible (thus requiring passengers to use scuba gear). Yesterday, Musk announced plans to make James Bond’s car a reality by turning the prop car into a working, transformable submarine car with a Tesla electric powertrain. In his own words:

It was amazing as a little kid in South Africa to watch James Bond in ‘The Spy Who Loved Me’ drive his Lotus Esprit off a pier, press a button and have it transform into a submarine underwater. I was disappointed to learn that it can’t actually transform. What I’m going to do is upgrade it with a Tesla electric powertrain and try to make it transform for real.