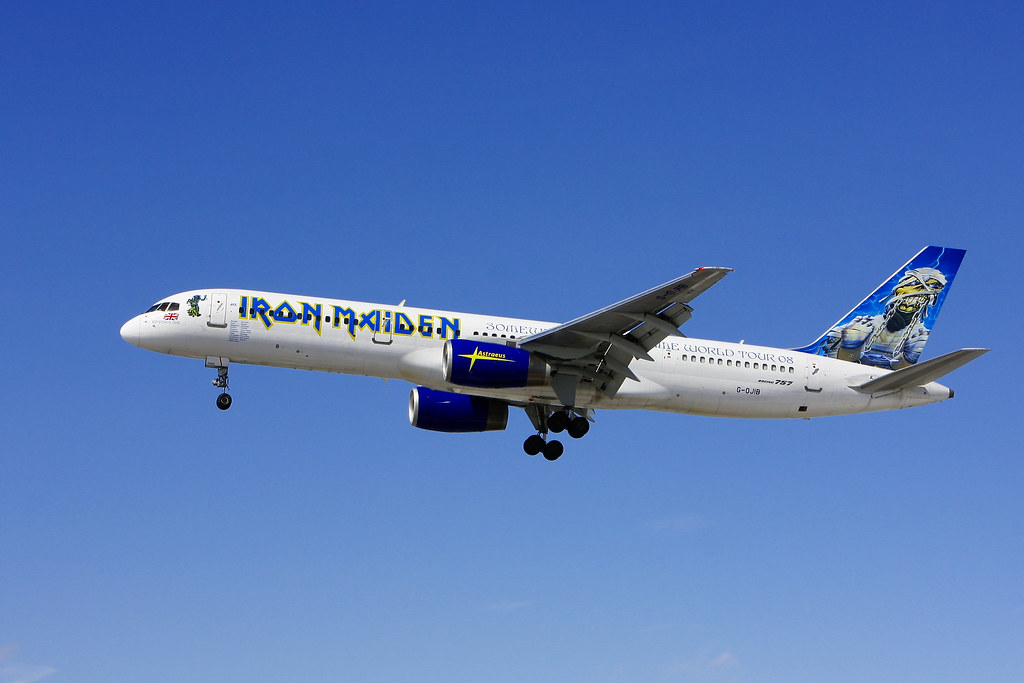 Ed Force One is a wonderful customized Boeing 757 owned by the British heavy metal band Iron Maiden, used to transport the band, 60 member crew and 12 tons of equipment as they tour the world. It’s named after Iron Maiden’s infamous mummy mascot “Eddie” and is piloted by Iron Maiden lead singer Bruce Dickinson.

Here’s a Fox News report featuring a tour of Ed Force One and interview with Bruce.

blogTO has a great write-up on Ed Force One (with photos by Tom Podolec) landing in Toronto as part of Iron Maiden’s “Somewhere Back In Time World Tour 2008”.

Here’s a video produced by Iron Maiden about the fun they had with Ed Force One on their 2016 tour.