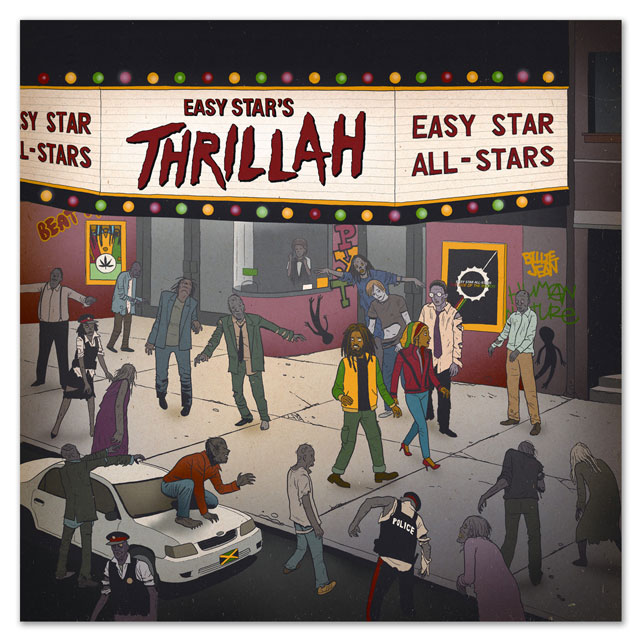 With their tribute Thrillah album, Jamaican/American studio band Easy Star All-Stars has covered Michael Jackson’s Thriller album in its entirety, reggae-style. The album is available to download at iTunes. CDs and LPs are available to purchase online. You can listen to the album with their video series found at their YouTube page.