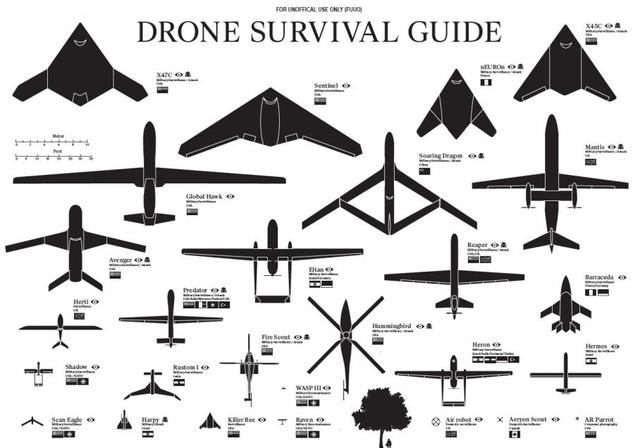 Amsterdam-based designer Ruben Pater has created the Drone Survival Guide, a poster featuring to-scale silhouettes of common drones and tips for spotting them in the style of traditional bird or airplane spotting guides. The guide indicates each drone’s nationality and separates them into two categories: those used for surveillance only and those designed to kill. On the back of the poster, the guide imparts survival tips for spotting, hiding from, and interfering with the sensors of drones.

Our ancestors could spot natural predators from far by their silhouettes. Are we equally aware of the predators in the present-day? Drones are remote-controlled planes that can be used for anything from surveillance and deadly force, to rescue operations and scientific research. Most drones are used today by military powers for remote-controlled surveillance and attack, and their numbers are growing. The Federal Aviation Administration (FAA) predicted in 2012 that within 20 years there could be as many as 30.000 drones flying over U.S. Soil alone. 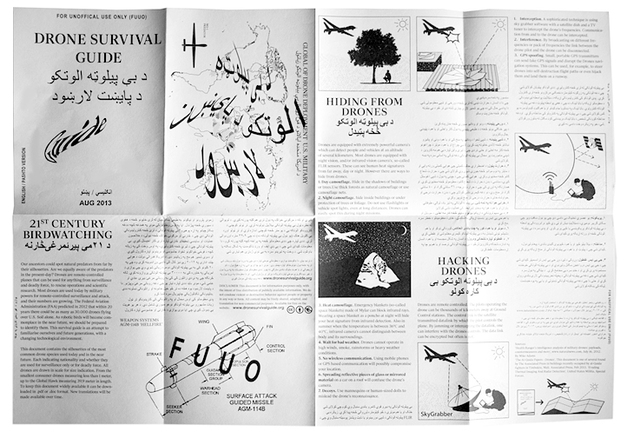 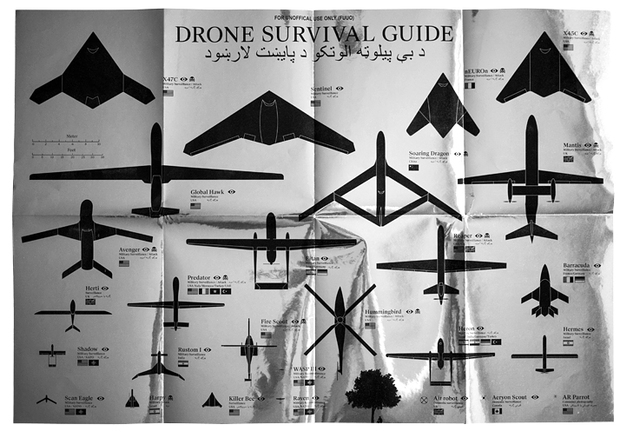