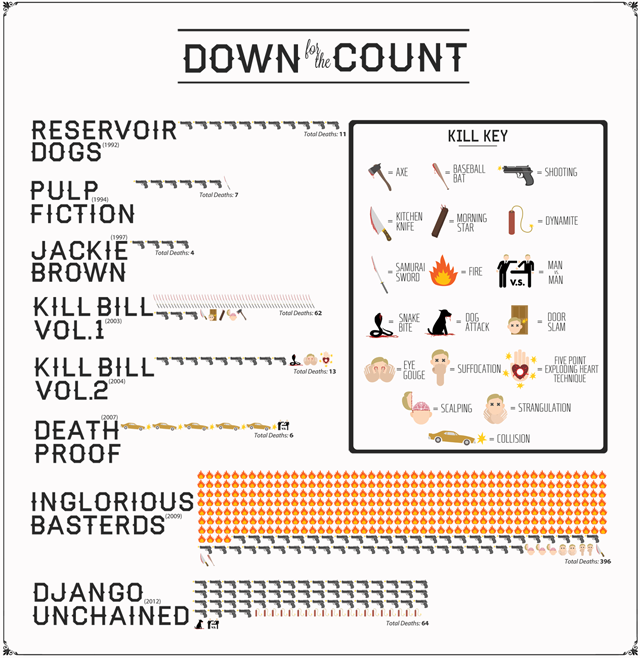 Down for the Count is an informative chart illustrated by Los Angeles-based designer Philip Rhie for Vanity Fair. It shows the approximate amount of deaths that occur in films directed by Quentin Tarantino.

From Reservoir Dogs all the way to Django Unchained, the ratio of director Quentin Tarantino’s body count to body of work.

*A few numbers are approximated due to the impossibility of counting precisely how many ninjas are decapitated in Kill Bill Vol. 1, how many Nazis are in the theater when it gets set afire in Inglorious Basterds, and how many people fall in the never-ending shoot-out scene at the end of Django Unchained.

via I Love Charts