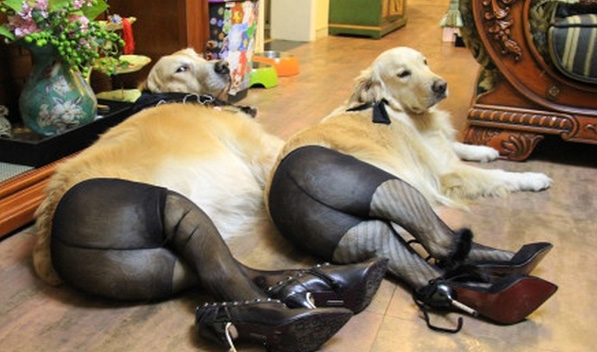 Brian Ashcraft of Kotaku is reporting that “dogs wearing pantyhose” is a popular new meme in China. He writes that Hong Kong site Sharp Daily has reported that users on the Chinese social network Weibo “are uploading gag photos of their dogs wearing panty hose, joking how “sexy” the mutts look.”

According to Chinese site Sina, “bored” people on Weibo started the meme. Apparently, Weibo user Ulatang, who noted that the pets rolled their eyes after getting dressed in pantyhose, uploaded the first “dogs wearing pantyhose” pic (above). That image has been commented on over 16,000 times in China. 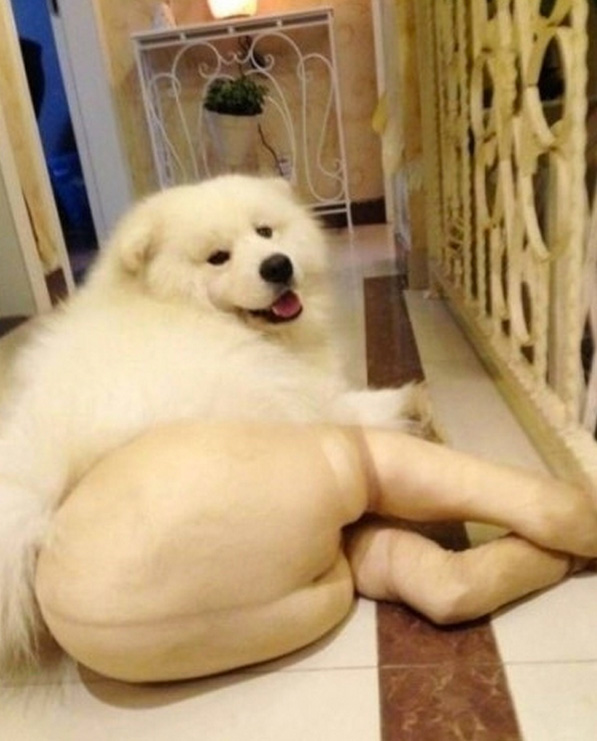 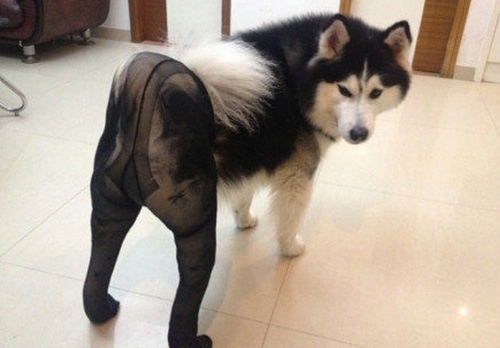 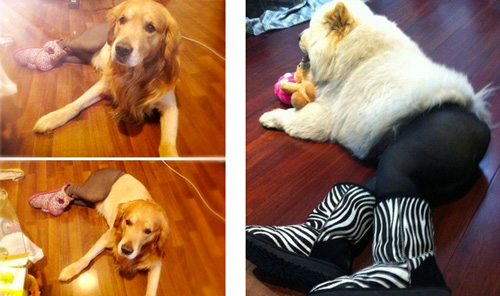 via Sharp Daily, IT Media, Kotaku