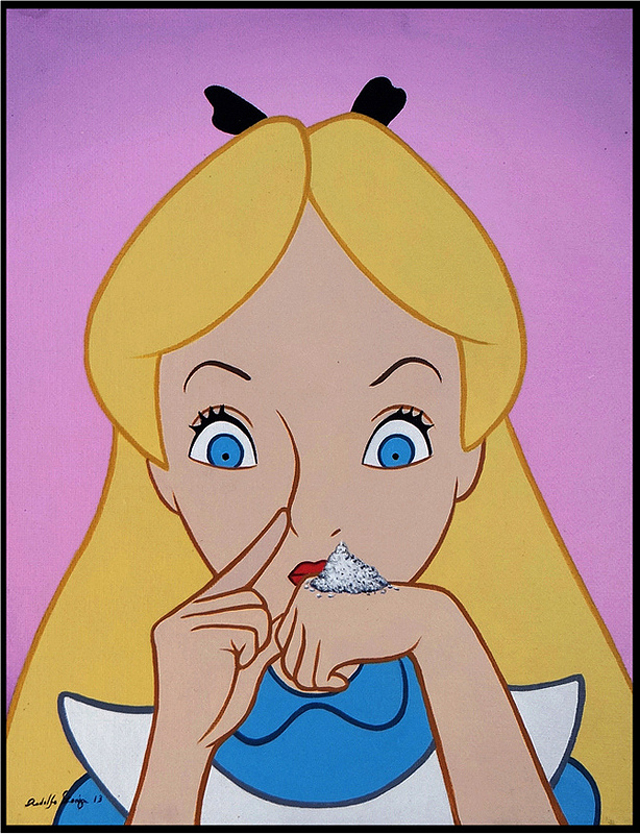 DisHollywood is an upcoming solo art show by artist José Rodolfo Loaiza Ontiveros at the La Luz De Jesus Gallery in Los Angeles featuring José ‘s “latest visual project which attempts to re-mix beloved characters from Disney fairy tales with other entertainment icons from the world of cinema, celebrity and music.” The art show will open on Friday, August 2, 2013 from 8-11 PM and be on display until Sunday, September 1st. You can view more previews online at the La Luz De Jesus Gallery and Hi-Fructose Magazine websites.

This exhibition pays tribute to the world of Hollywood, and the influence that film, television and music video has had on contemporary pop culture. It is a collection of visual curiosities that pushes the audience to reimagine the world of pop as a personalized mash-up with the freedom to merge situations, rewrite the script, and provide new dialogue in alternative scenarios to tell new stories.

DisHollywood is also a barometer for measuring our tolerance and acceptance levels; a new way of observing the “happy ending” that trumpets the time of equality is now. In contrast to the baroque fantasy implied by the original, idealized presentation of these characters, a new context of social vulnerability shows the darker side of our contemporary society. 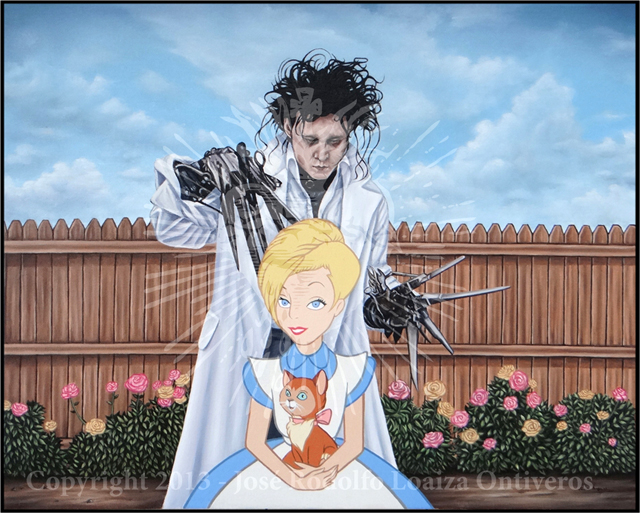 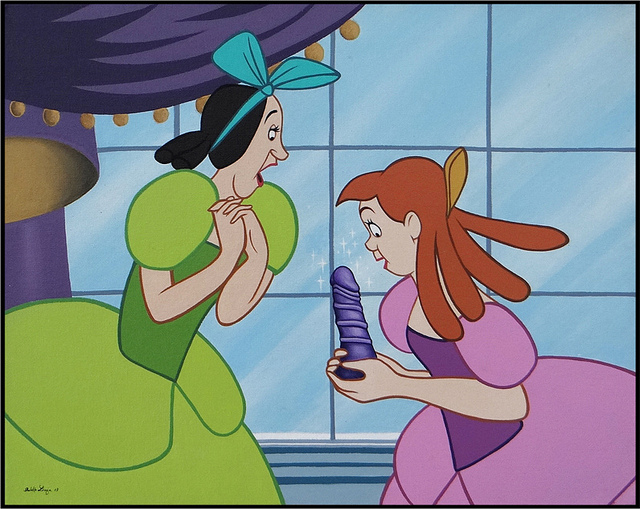 “The End of the Bitterness” 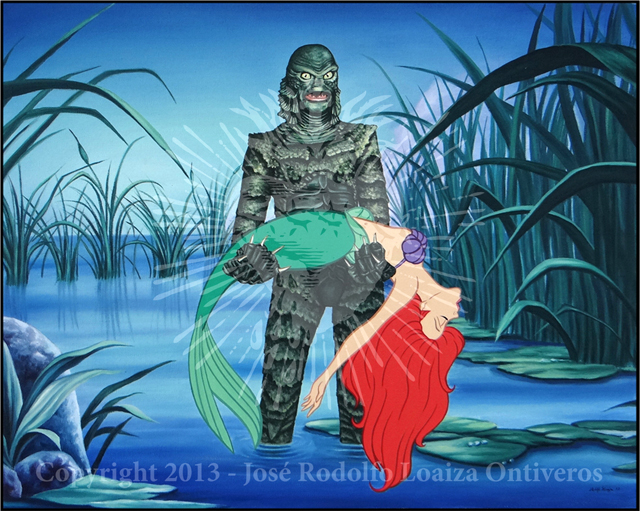 “You Gotta Kiss The Girl” 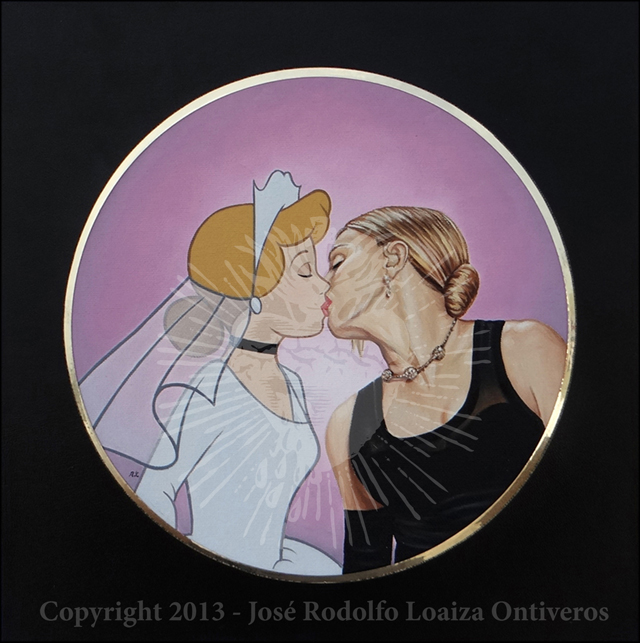 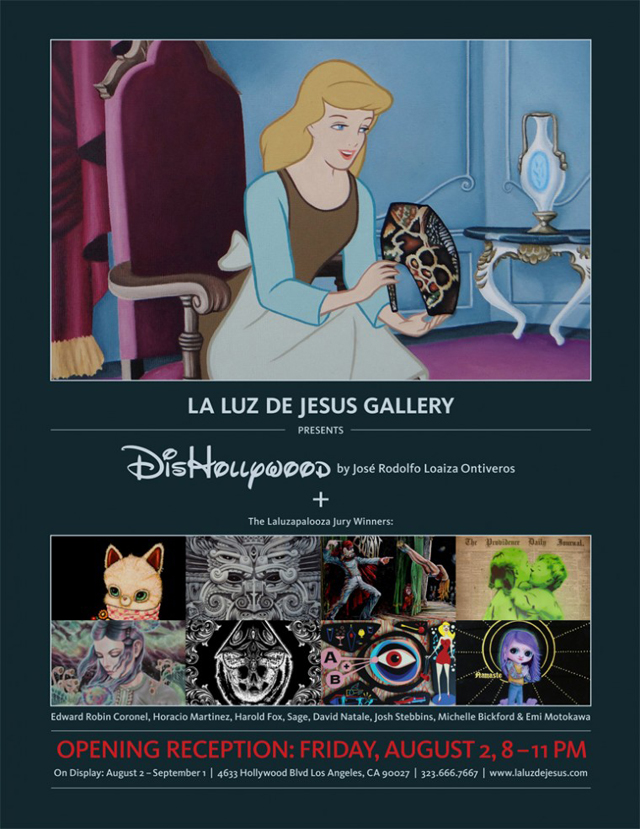