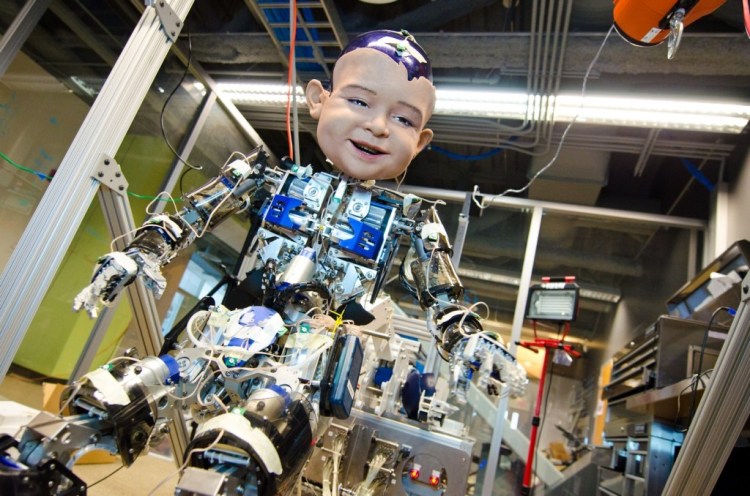 Diego-San is a humanoid robot with an unsettlingly realistic face programmed to learn from the world the way a human baby does. The robot was developed by David Hanson for the Machine Perception Lab at the UCSD Institute for Neural Computation and is a useful tool for studying the interactions between robots and humans.

Hanson has created a number of other realistic-looking humanoid robots including one modeled after Albert Einstein.