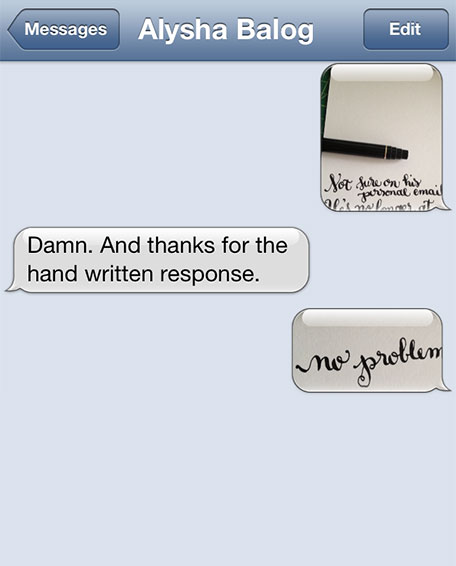 After receiving her father’s old calligraphy pen, designer Cristina Vanko decided to brush up on her penmanship by sending handwritten messages in lieu of text messages for a period of one week. The project, which she dubbed “Modern Day Snail Mail,” required her to have a pen and paper handy at all times so she could write the messages before photographing and sending them with her iPhone. Vanko reports that during her experiment her messages improved noticeably in thoughtfulness, grammar, and spelling. 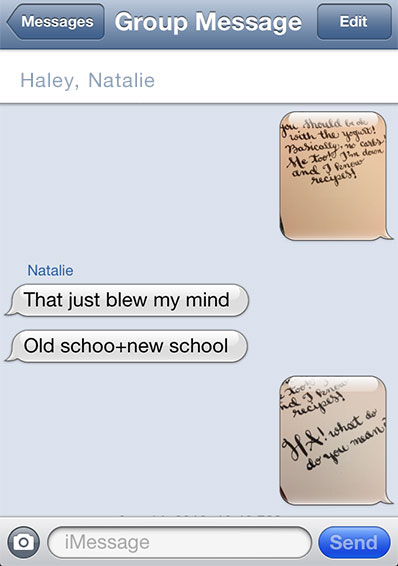 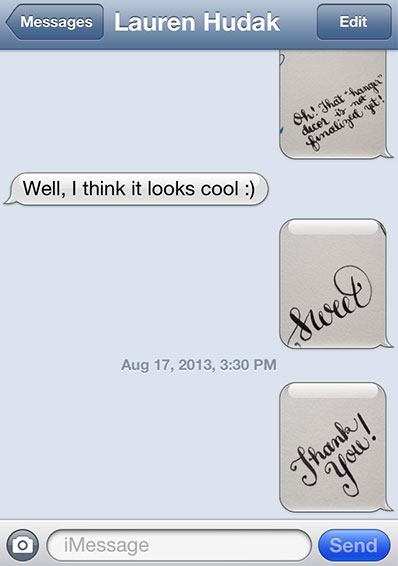