In this bizarre video, a Japanese schoolgirl demonstrates an electromechanical exoskeleton as a hideously disfigured host, “Scarface Santaro,” explains the many features of device, the Powered Jacket MK3. According to the manufacturer Sagawa Electronics, the aluminum and carbon fiber exoskeleton is over 7 feet tall, weighs 55 pounds and will be produced in a limited run of five examples. The company has also released a manga series about the Powered Jacket. Given the satirical nature of the video, and the lack of information on the Powered Jacket MK3, it’s unclear if the product is actually destined for production. That being said, Sagawa Electronics claims the exoskeleton will be publicly demonstrated at Wonder Festival 2013 in Chiba City, Japan at the end of July. 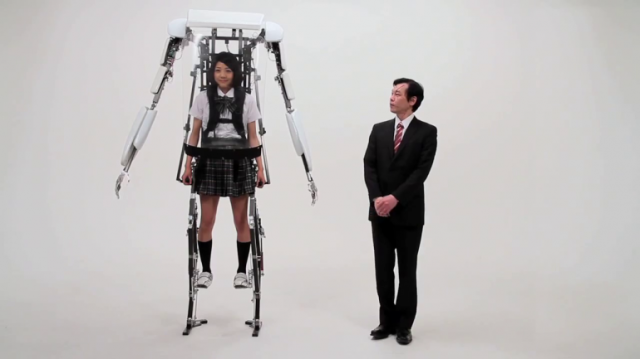 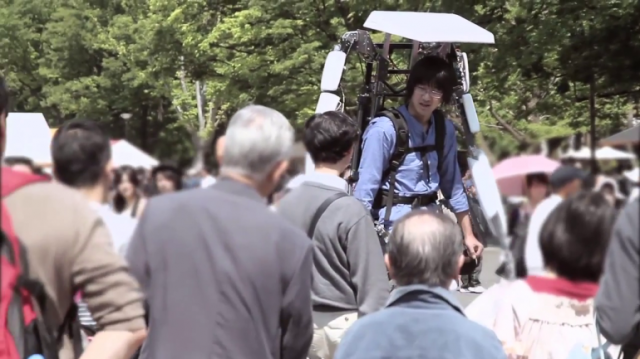