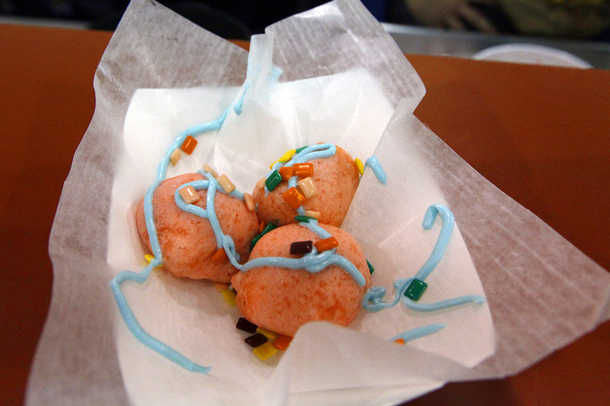 This year’s winning entry for the Most Creative award at the 2011 State Fair of Texas Seventh Annual Big Tex Choice Awards was deep-fried bubblegum. Well, to be fair, it’s just called deep-fried bubblegum, it’s really “a marshmallow dipped with bubble gum extract then dipped in pink bubble gum flavored batter and lightly fried”. According to a KDFW News video out of Dallas-Fort Worth, chef Justin Martinez concocted the treat from an employee’s suggestion and spent two months perfecting it. He explains that the marshmallow gives the consistency of chewing fried bubblegum.

Earlier this summer, we saw the creation of deep-fried Kool-Aid balls, then it was deep-fried butter on a stick and now this marshmallow-y bubblegum treat. Personally, I’m crossing my fingers that the next big state fair food item is a deep-fried Fluffernutter. 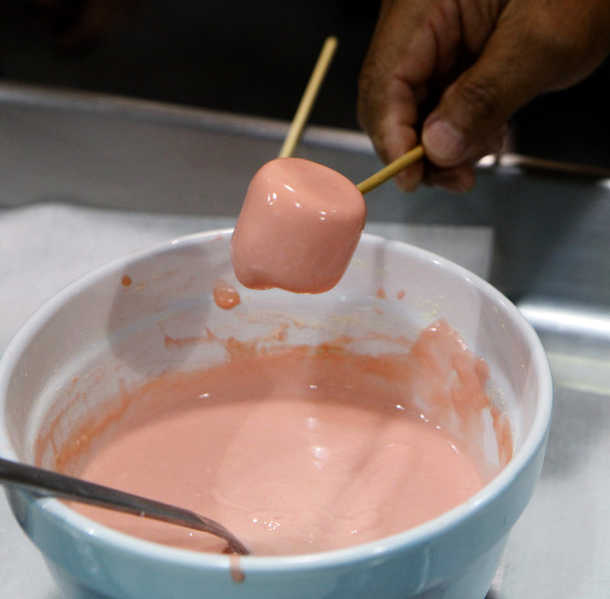 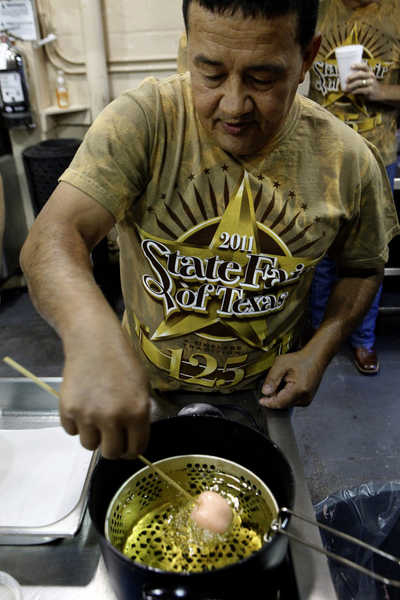 via Bites on Today