National Geographic has released a wild preview of When Dogs Fly, an independent short film about extreme athlete Dean Potter and his “little family’s vacation in the Swiss Alps.” The preview shows Dean wingsuit BASE jumping with his 22-pound mini Australian cattle dog named Whisper. You can learn more about their high-flying adventures on National Geographic’s Adventure blog. Previously, we wrote about Dean walking a highline in front of a giant full moon in Yosemite National Park.

I’ve never had a close call wing-suit flying. I practice a very conservative form of human flight. When I fly with Whisper, we only jump off the safest cliffs in the world with the longest and cleanest rock drops. This allows Whisper to go on amazing, long mountain climbs and hikes with us, instead of being trapped in the car or left at home. It was mostly a matter of practicality of not wanting Whisper to miss out on incredible mountain dog-walks that led us to wing-suit flying together. 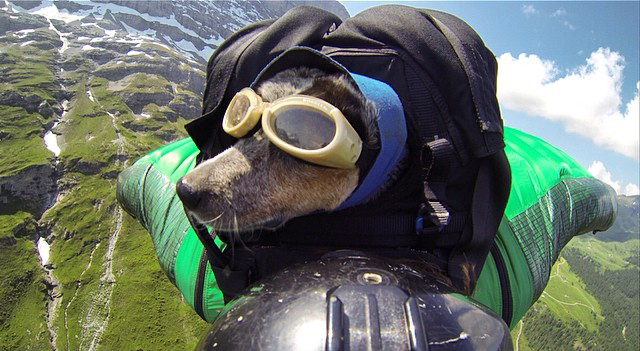 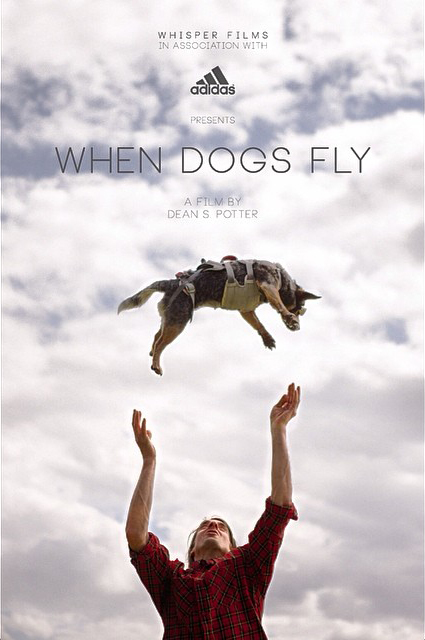