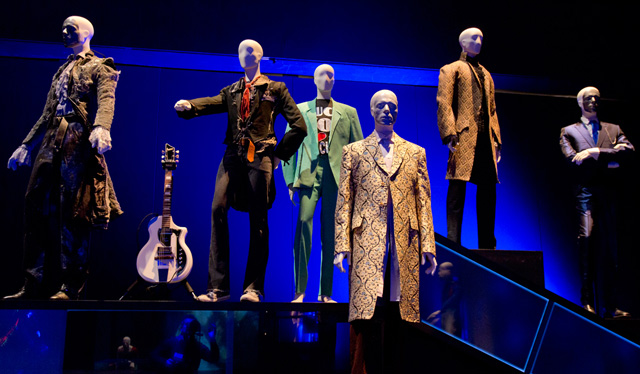 The Victoria and Albert Museum in London is presenting “David Bowie is, “the first international retrospective of the extraordinary career of David Bowie.” Victoria Broackes and Geoffrey Marsh curated the exhibition which features more than 300 objects including “handwritten lyrics, original costumes, fashion, photography, film, music videos, set designs, Bowie’s own instruments and album artwork.” The show aims to “explore the creative processes of Bowie as a musical innovator and cultural icon, tracing his shifting style and sustained reinvention across five decades.” The show opened March 23 and will run through August 11, 2013. Tickets are available now.

The exhibition will explore the broad range of Bowie’s collaborations with artists and designers in the fields of fashion, sound, graphics, theatre, art and film. On display will be more than 300 objects including Ziggy Stardust bodysuits (1972) designed by Freddie Burretti, photography by Brian Duffy; album sleeve artwork by Guy Peellaert and Edward Bell; visual excerpts from films and live performances including The Man Who Fell to Earth, music videos such as Boys Keep Swinging and set designs created for the Diamond Dogs tour (1974). Alongside these will be more personal items such as never-before-seen storyboards, handwritten set lists and lyrics as well as some of Bowie’s own sketches, musical scores and diary entries, revealing the evolution of his creative ideas. 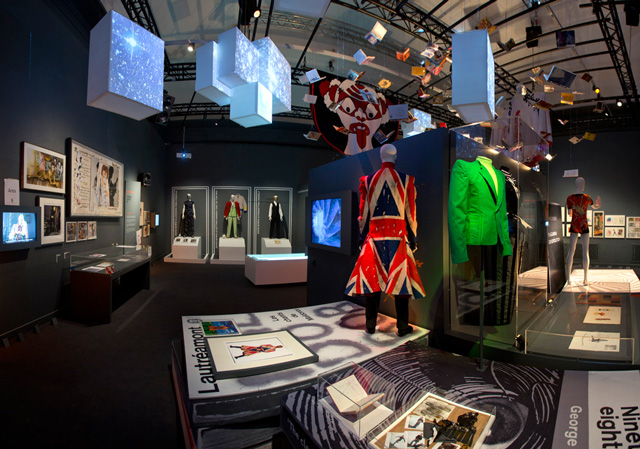 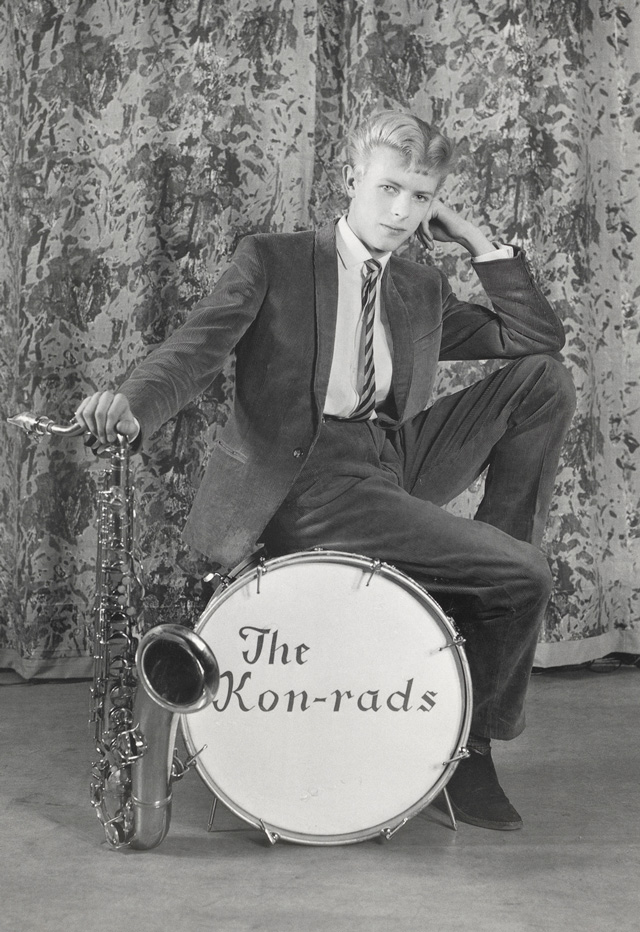 Promotional shoot for The Kon-rads, 1963 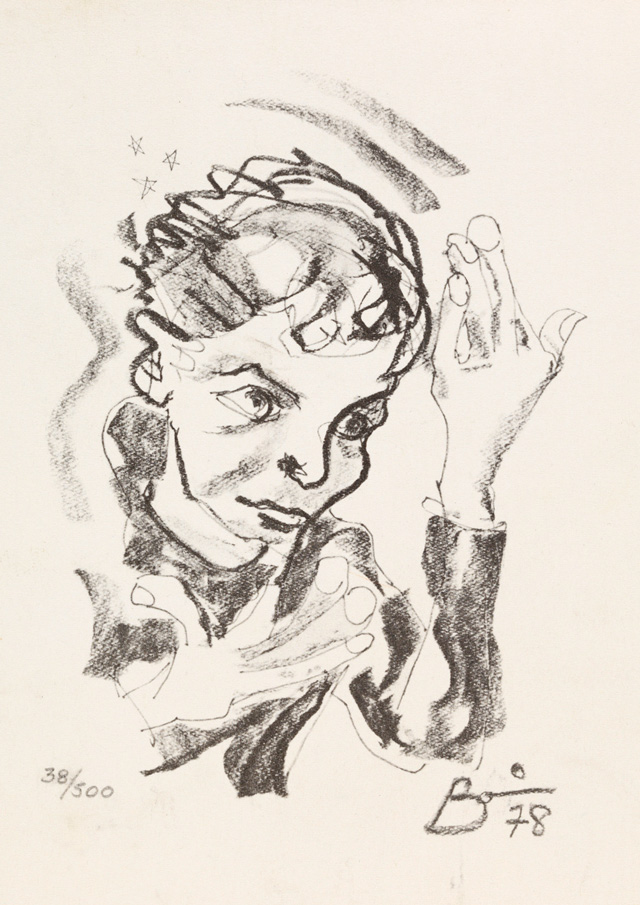 “Self portrait in pose also adopted for the album cover of ‘Heroes’,” 1978

images via Victoria and Albert Museum