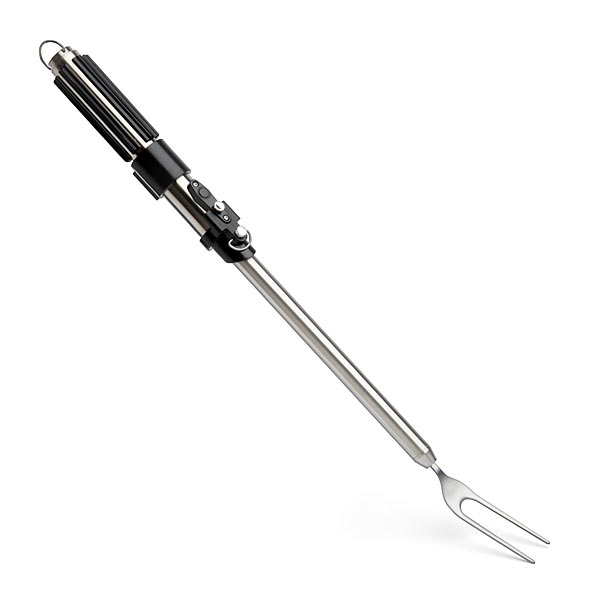 ThinkGeek released an officially licensed Star Wars Darth Vader Lightsaber Barbecue Fork that has a hilt modeled after the feared Sith Lord‘s iconic weapon design. It is available to purchase online. The utensil is a perfect match for the Star Wars Lightsaber BBQ Tong from The Fowndry.

Darth Vader loves nothing more than a grilled weenie, and the brand he likes best is Coruscant National (hey, they answer to a higher power: the Emperor). When Vader grills, he insists on using his favorite BBQ fork. You know, the one that looks like his lightsaber hilt? The one that we’re calling the Star Wars Darth Vader Lightsaber BBQ Fork. 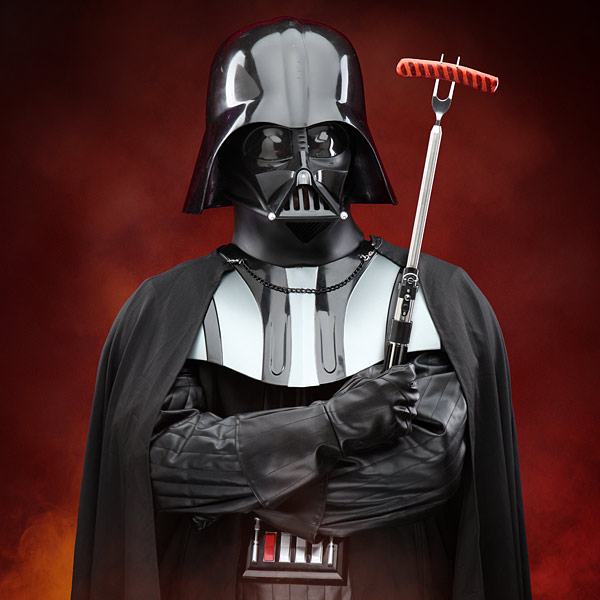 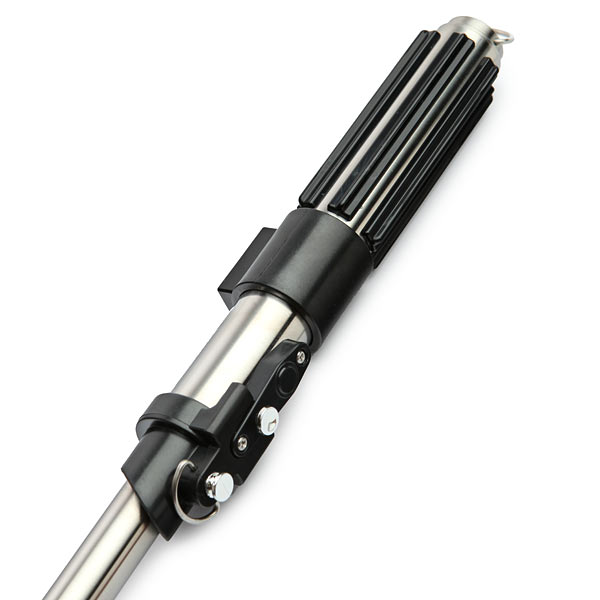