Hollywood Reporter has announced that Dark Blood, the last film starring late actor River Phoenix, will be released for the first time by its director George Sluizer. Phoenix died unexpectedly in October 1993, causing filming to come to a complete stand still. Sluizer has recut the existing footage and will release the film at the Netherlands Film Festival in Utrecht on September 27, 2012. Here’s the official trailer released in June 2012 by Sluizer.

Dark Blood tells the story of Boy, a young widower living on a nuclear testing site in the desert. Boy is waiting for the end of the world and carves dolls Katchina containerization That supposedly magical powers. Boy’s solitude is interrupted When a Hollywood jet-set couple who are traveling across the desert become stranded after Their car breaks down. The couple are rescued by Boy, who then holds them prisoner Because of his desire for the woman and his ambition to create a better world with her. 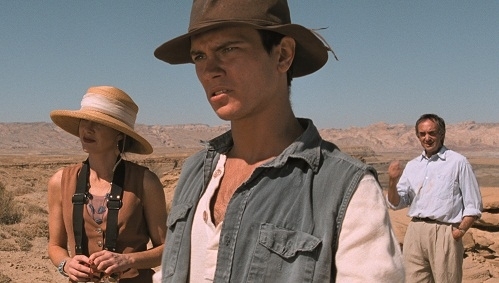