After the great success of his LED stick figure costumes last year, Royce Hutain of Glowy Zoey decided to take them to the next level by creating a Minnie Mouse version of his suit. He captured footage of his cute little daughter Zoey running around in the magical glowing costume before her trip to Disneyland for Halloween. Hutain’s Minnie Mouse outfit is not for sale, but his original stick figure costumes are still available to purchase online.

The 2014 version is using digitally addressable LED strips hooked up to an Arduino microcontroller which I programmed (and still learning). It is responsive to sound and has 2 potentiometers and a button in the back of one of the ears for control and a microphone hidden in the front. It has 12 modes and 372 LEDs (124 chips with 3 each).

Zoey was a huge hit when we went to Disneyland and when she said “3” for how much candy she would get, she must have meant 3 pounds because that’s what she got. 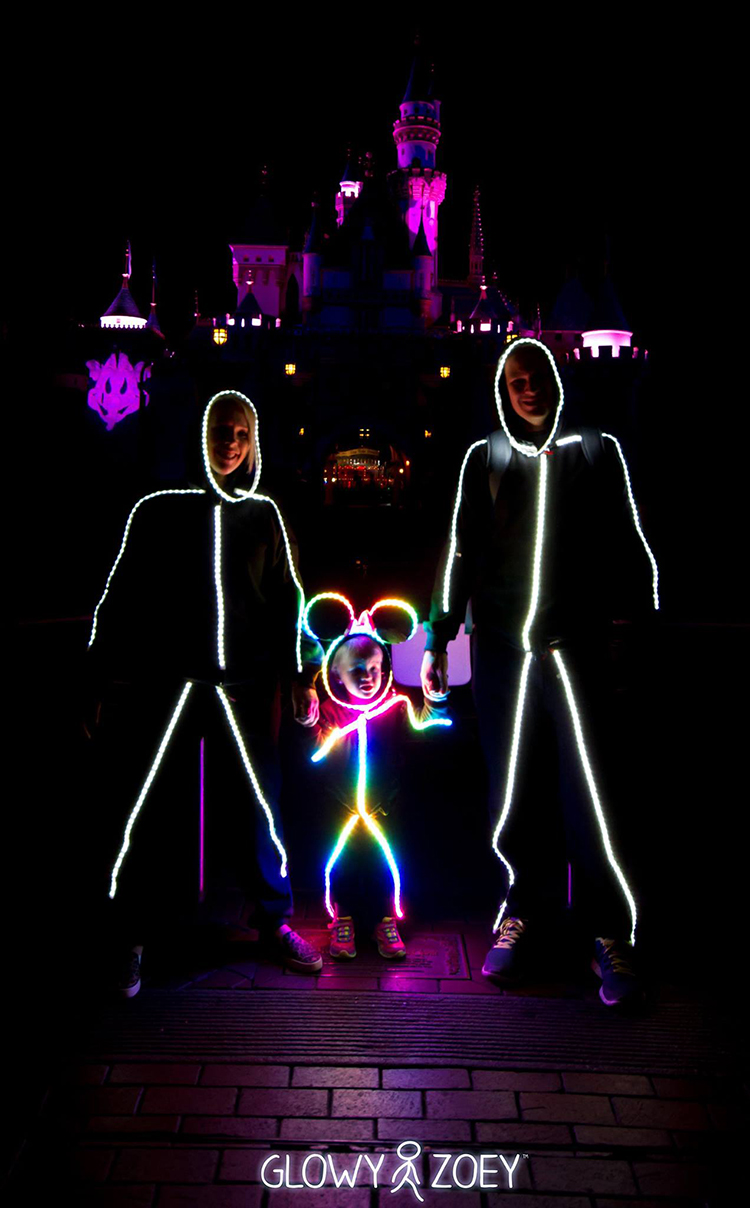 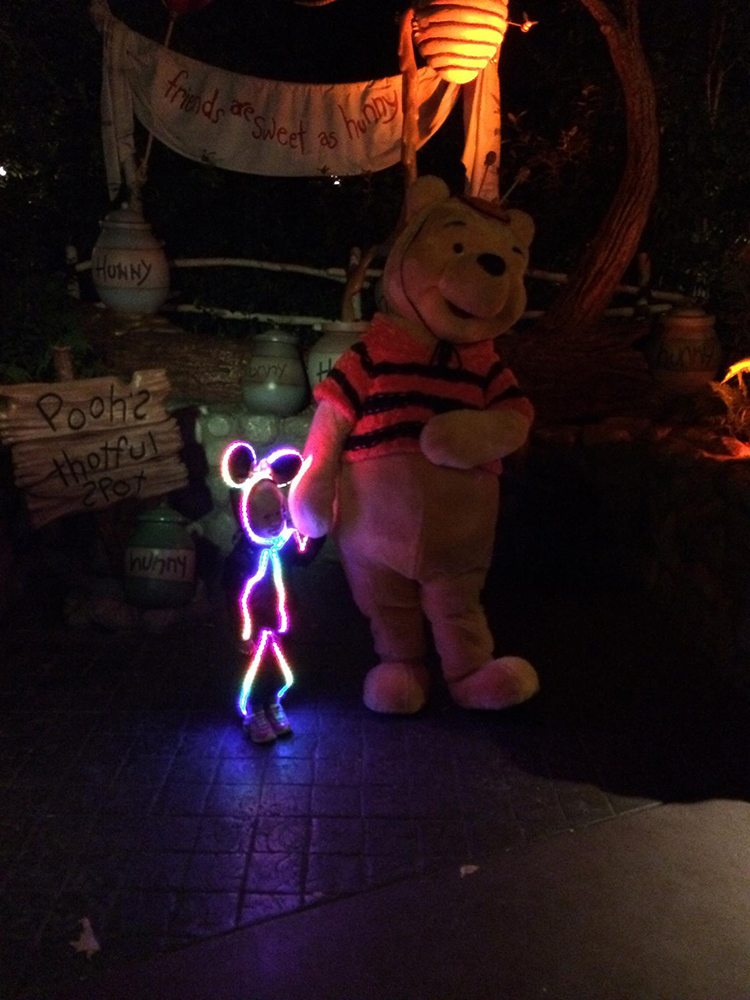 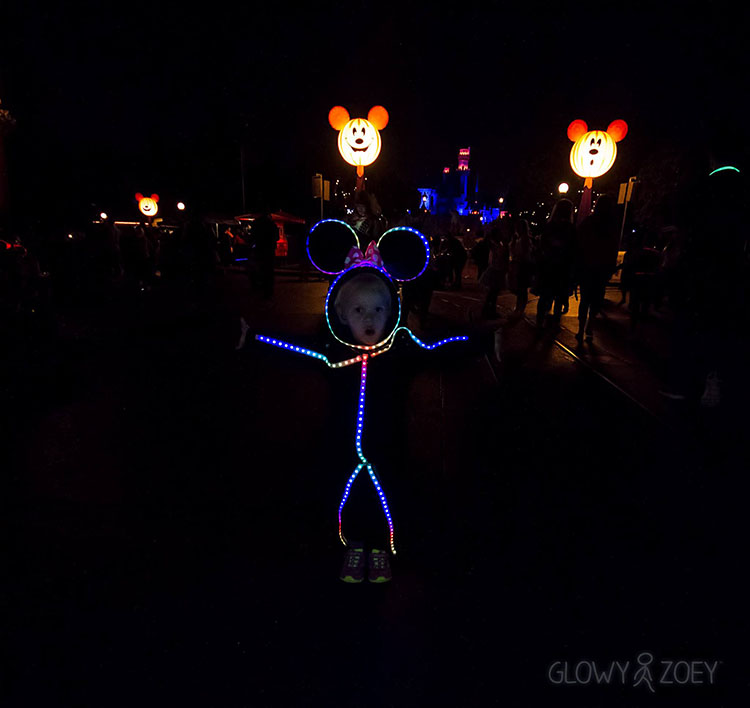