For a bit of fun, Signal Snowboards founder Dave Lee commissioned an Italian glass factory to build him a one-of-a-kind handmade glass snowboard. During a three day build process, the snowboard form was cut, bent, and tempered, after which Lee and friends took the board for a test ride at a ski resort in Tuscany. The board handled remarkably well and its glass surface made it faster than a conventional snowboard. It had only one downside—it was cracked beyond use after just one day. 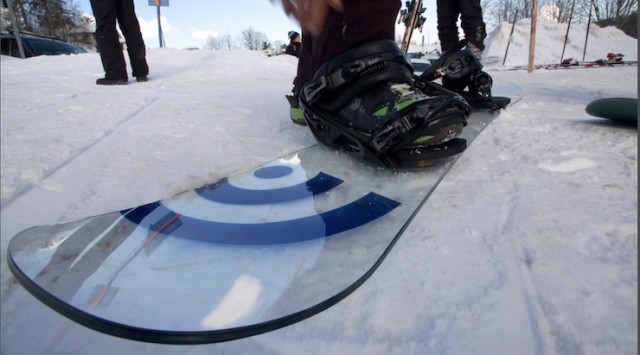 video via Network A