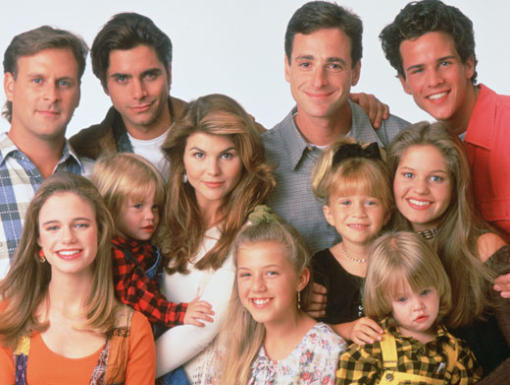 Even now, reruns of Full House are popular. They pull in prime time ratings around 1.5 million viewers. Stamos, Saget, and Coulier reunited this year for a commercial as their Full House characters, and also appeared on Late Night With Jimmy Fallon for a sketch and the reunion of Stamos’ band from the show Jesse and the Rippers.

The potential sequel could follow the model of the new Disney Channel show Girl Meets World which is itself a sequel to the popular Full House era ABC show Boy Meets World. Both shows aired during ABC’s “TGIF” prime time Friday night lineup.

Stamos commented on an episode of the Bravo network’s Watch What Happens Live that a sequel of Full House was in the works, saying, “We’re sort of working on a twist on a sequel. But we don’t know if it’s going to happen yet or not.” He had also hinted in 2009 that a movie was being developed.