On July 18, 2009, Jared and Justine Hirsch were married in a madcap, over-the-top wedding near the Conservatory of Flowers in Golden Gate Park, sans permits. About half of the wedding guests were random people who just happened to be in the Park that day. To celebrate their one-year wedding anniversary, the Hirsches decided to renew their vows with a (re)wedding in the middle of an intersection (Stockton and O’Farrell streets) near San Francisco’s Union Square shopping district. The pair gathered dozens of their friends, scrambling into the middle of the street in 21-second intervals — when all four crosswalks were active — to complete the entire ceremony. 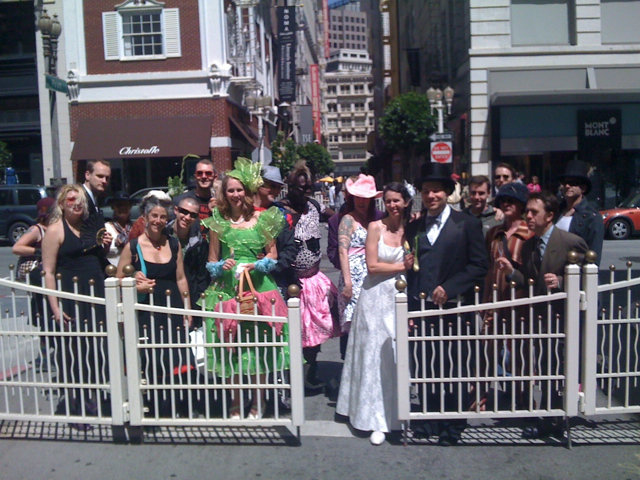