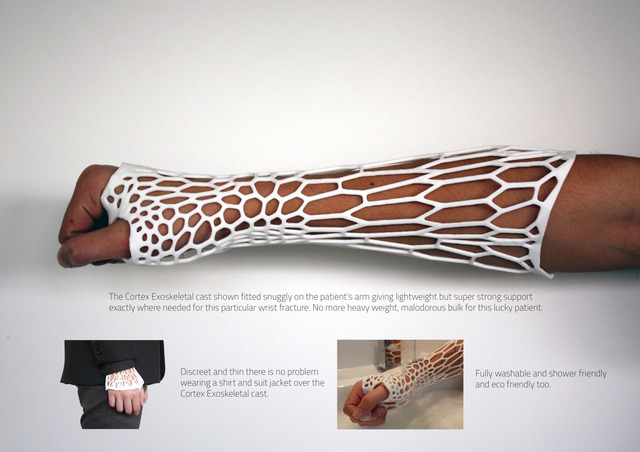 Victoria University of Wellington graduate Jake Evill has created the Cortex, a 3D-printed exoskeletal cast that’s designed to be ventilated, light, and recyclable unlike traditional plaster casts. The Cortex cast, though currently only a concept and prototype, would use information from an X-ray and 3D scan of the patient to create a cast that securely supports the point of fracture while allowing the rest of arm breathability. 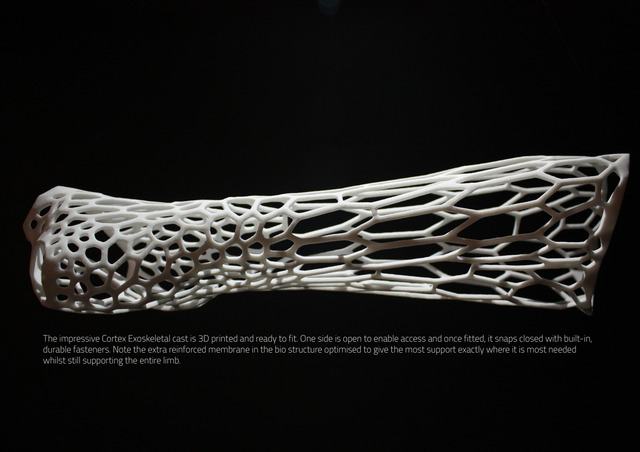 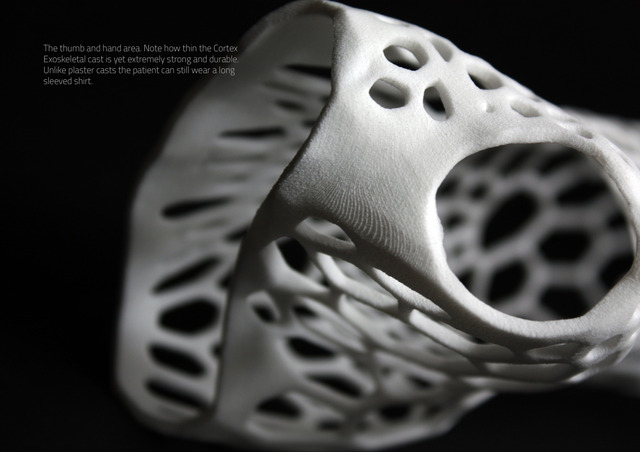 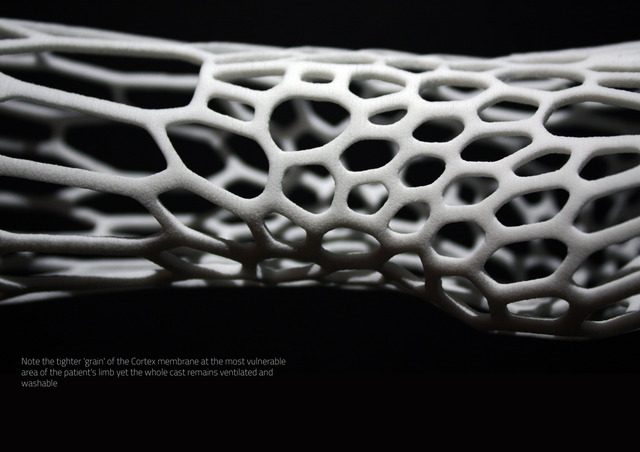