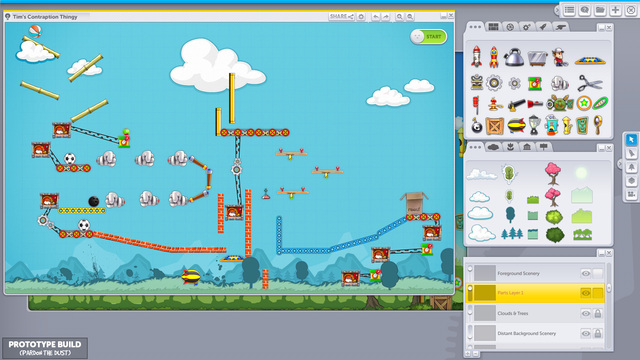 Contraption Maker is a Rube Goldberg machine puzzle game created by Spotkin. The game challenges players to create crazy contraptions using strange items like hamster motors, trampolines, alligators, and more, and will allow players to build their own fun machines in a sandbox mode. Contraption Maker is currently in development by the same team that made The Incredible Machine series of computer games that first released in 1992, and will be releasing in alpha for PC and Mac sometime this summer. 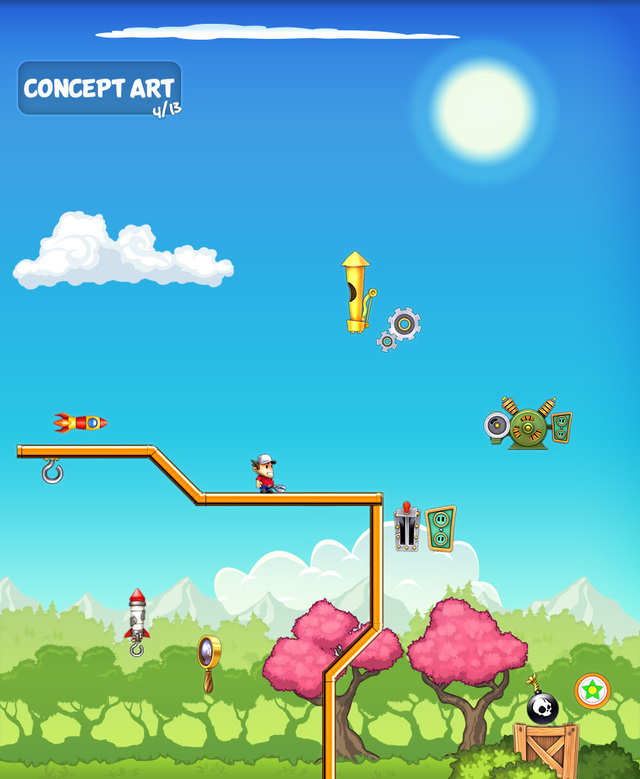 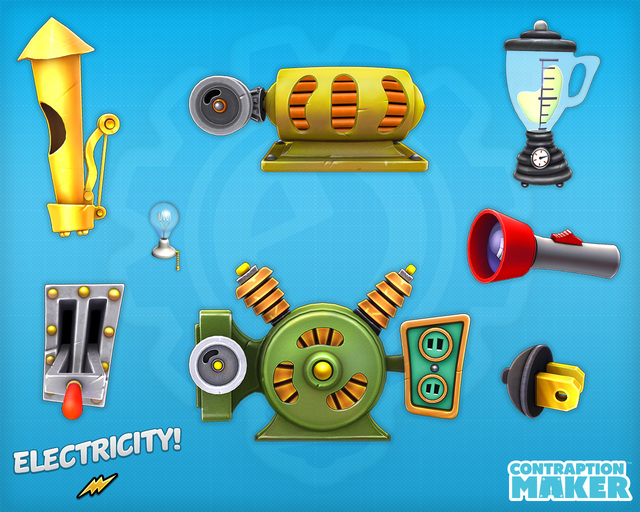