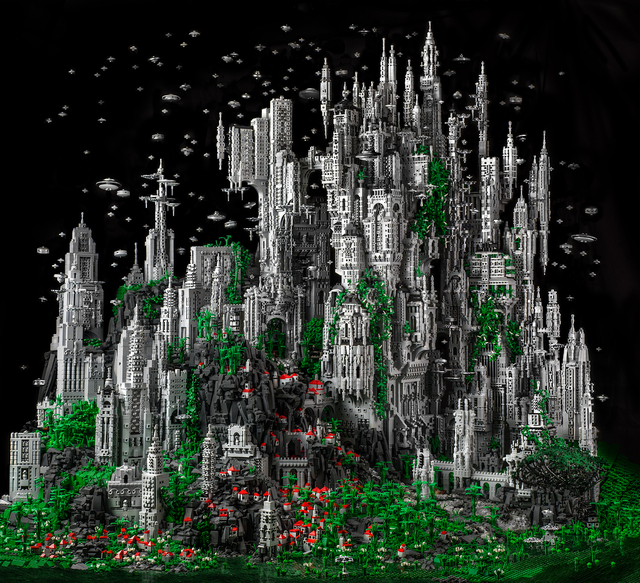 Mike Doyle is creating the Contact Series, a collection of science fiction LEGO constructions featuring otherworldly cities. The first work depicts a peaceful meeting between extraterrestrials and spiritual humans in the city of Odan. The piece is made up of over 200,000 LEGOs, measures five feet tall and about six feet wide, and took more than 600 hours to create. In an interview with The Brother’s Brick, Doyle says the series is about “the beauty of all intelligent life forms as extensions of our family – children under the same creative force. […] I am thinking that my next work will be a representation of expanded consciousness.” Doyle is currently seeking funding for the series on Kickstarter. 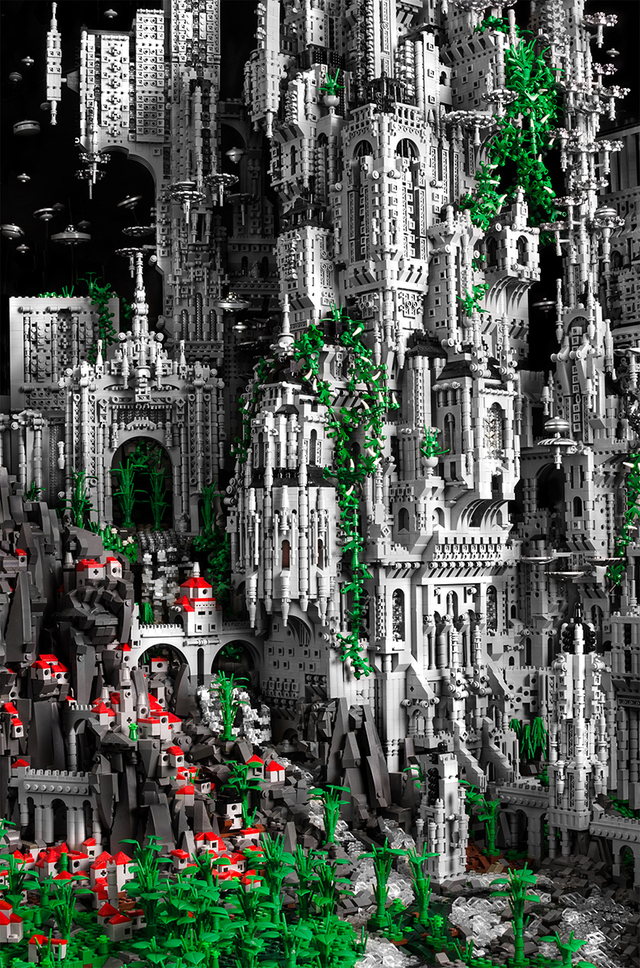 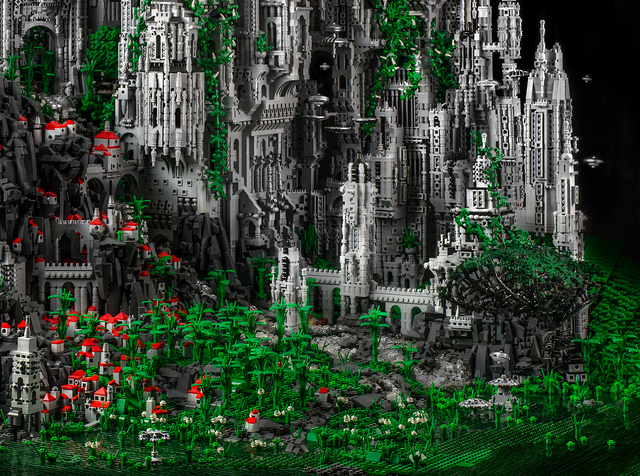