For the past 30 years Coney Island has been home to the Coney Island Mermaid Parade, an annual summer art parade that has grown over the years to become the nation’s largest art parade. This year the event is in danger of being canceled—an aftereffect of Hurricane Sandy. Coney Island USA, the non-profit that organizes the parade, lost its main source of fundraising when its museum and performance venue was flooded by the hurricane. The organizers are now turning to Kickstarter to overcome a $100,000 shortfall in the parade budget. The 31st annual parade is scheduled for June 22, 2013. 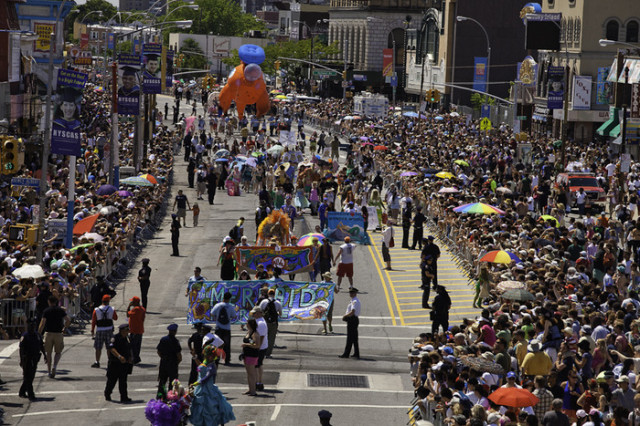