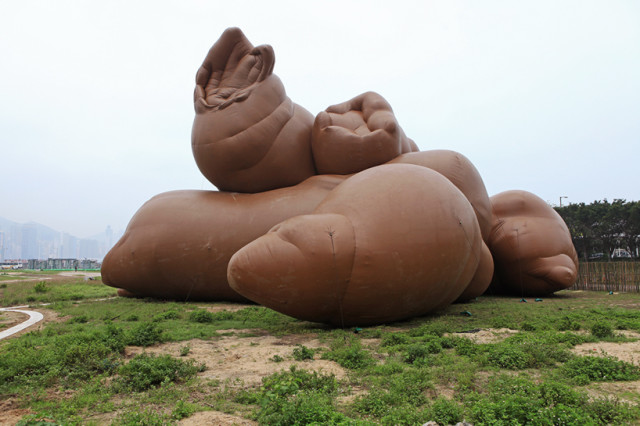 “Complex Pile” is a 51-foot-tall inflatable turd sculpture by artist Paul McCarthy. The sculpture is part of the “Mobile M+: INFLATION!” public art exhibition at the West Kowloon Cultural District in Hong Kong through June 9, 2013. The turd is accompanied by works from six other artists, including an inflatable Stonehenge and inflatable roast pig.

Complex Pile mocks its picturesque surroundings and pokes fun at the prudent qualities of public sculpture. Following a long line of other large-scale inflatable sculptures by the artist — among them, Daddies Tomato Ketchup (2007) and Santa Butt Plug (2007) — Complex Pile also uses its massive size to disrupt perceptions of space, instilling a sense of uncertainty in the viewer and destabilising the pastoral setting of a public park. 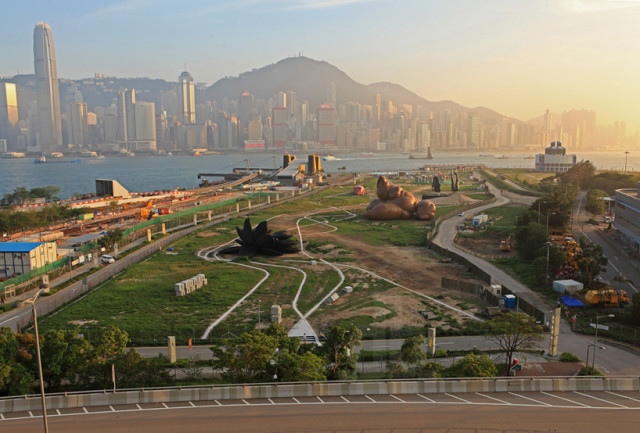