True story… I used to make embarrassingly bad local commercials in rural Pennsylvania. And I was great at it. Hear the true stories, watch the final commercials, see the outtakes, and find out how these ridiculously horrible commercials got made. 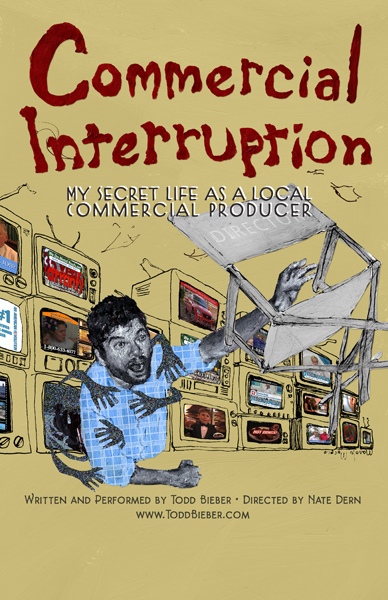 For two years Todd Bieber lived a secret life. A bizarre legal contract forced him to make shitty local commercials in rural Pennsylvania and he’s never told anyone about it until now. (Though chances are you’ve seen his handy work – as it aired up and down the east coast) From directing a ten-year-old dressed as James Bond to turning a car into a photoshopped helicopter – come hear the true stories about how Todd got into (and eventually out of) the seedy underworld of local televisions commercials. Watch the final commercials, see the outtakes, and find out how these ridiculously horrible commercials got made.