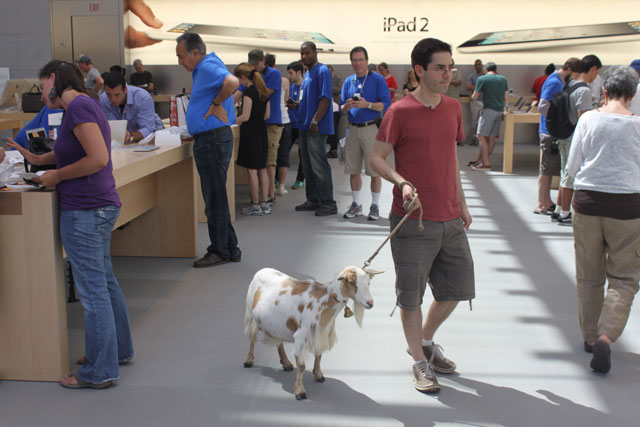 To test the limits of the Apple Store’s famously laid-back employees, comedian Mark Malkoff staged an escalating series of pranks in New York City stores. He had a pizza delivered, came to the Genius Bar as Darth Vader, and finally, brought a goat into the Apple Store at 67th & Broadway. According to Malkoff, Apple employees didn’t interfere with any of his shenanigans.

We previously wrote about Mark Malkoff’s successful attempt to convince strangers to carry him across Manhattan.