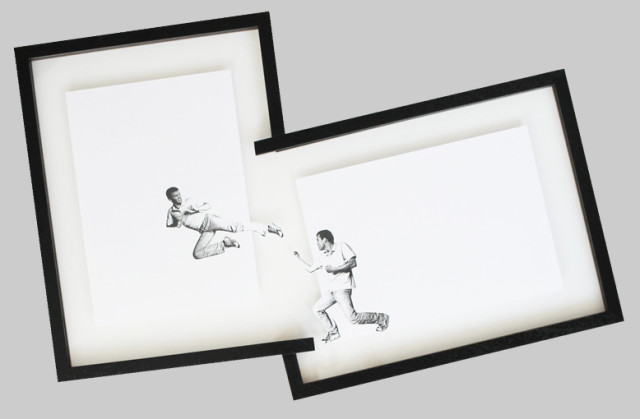 French artist Steven Guermeur has created a clever series of photographic artworks in which miniature figures interact with the wooden frames in which the art resides. In some of the works photocopied figures (of Guermeur) smash and drill the frames. In others, two frames are connected and the little figures interact with one another. The works were created for two 2012 series, “Action Against The Frame” and “Association Between Structures.” 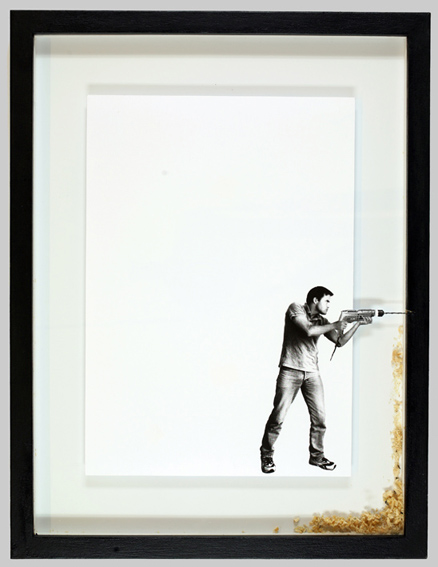 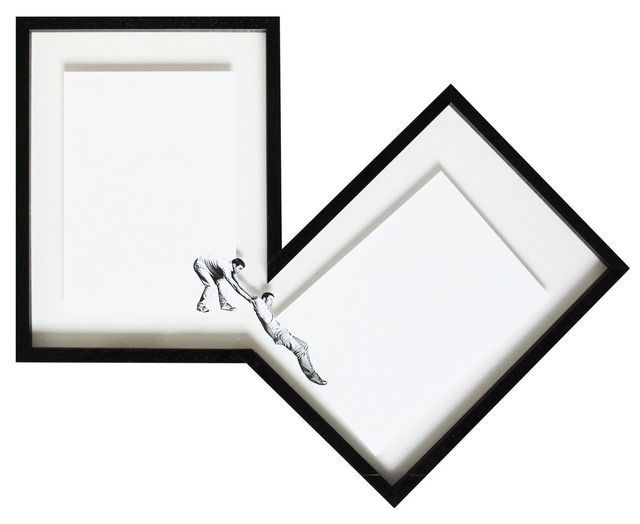 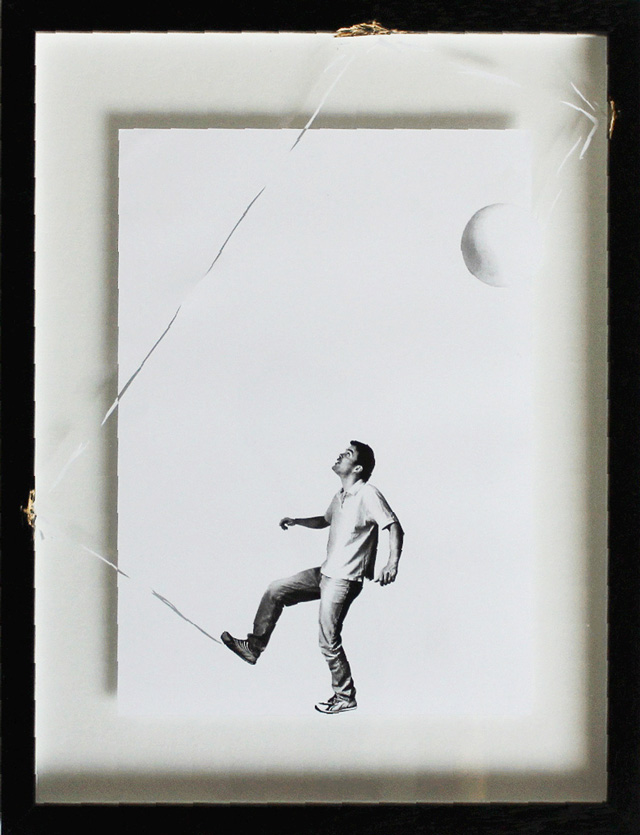 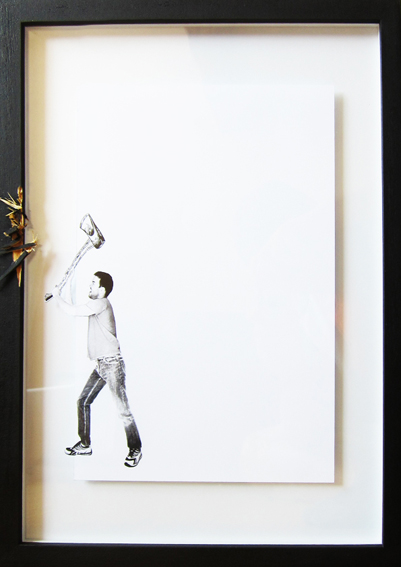