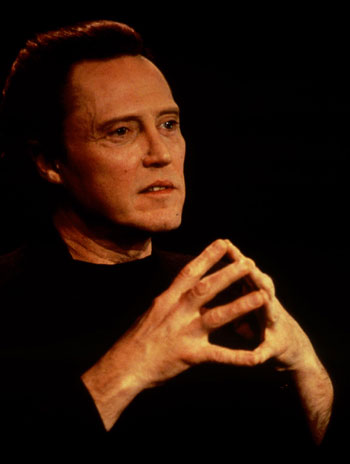 It appears that Christopher Walken is running for president in 2008. His State of the Union addresses would be reason alone to put him in office.

Stepping up to the forefront of politics is a new type of leader, motivated by his love for his country, not special interest groups. His distinct image and captivating voice you already know, and now it’s your chance to make him the leader of the people, for the people, by the people. That’s right… Christopher Walken is running for President.

I wonder who he will choose for a running mate? My vote is for Crispin Glover.

UPDATE: Well, it looks like the bubble has burst. As one might guess and as confirmed in the comments, this is in fact a hoax.