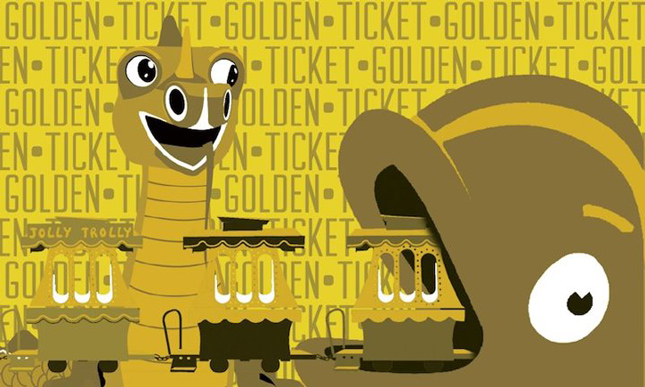 Children’s Fairyland in Oakland, California is a sweet little theme park normally reserved for children and the adults who accompany them, but every so often the park is open for adult-only parties. Once such gathering is the Fairyland for Grownups party which is hosted by Oaklandish on July 20, 2012 from 7 to 10 PM. (Golden) tickets are available now and can only be purchased at the Oaklandish store. Beer & wine are included in the ticket price but bring cash for bites from the food trucks. 100% of the ticket proceeds go directly to Fairyland.

What’s actually happening at the party?

There will be a giant dance party over in the Old West Junction, presided over by our resident DJ, Dion Decibels. There will also be two puppet shows and other surprise attractions around the park.

We’ll have unlimited beer and wine from Linden Street Brewery and Urban Legend Cellars. Plus, a bunch of Oakland’s finest food trucks will be slinging snacks on the grass — including Pietisserie, El Taco Bike, Boffo Cart, Grilled Cheese Guy, 510 Burger and Liba Falafel.

And the best part: you’ll be allowed to explore the entire park, from the pirate ship to the card maze. The rides won’t be operating though, because rides and drunk folks don’t mix.