Chibatman is a real-life version of Batman who rides throughout the city of Chiba as the “Dark Knight” on a custom three-wheeled Chibatpod and brings happiness, not fear, to his fellow Japanese citizens. The 41-year-old welder, whose identity is kept secret, has been around since the devastating Fukushima earthquake that took place in 2011. He enjoys lifting the spirits and bringing smiles to the faces of anyone and everyone in Chiba who may have suffered from the horrible disaster. 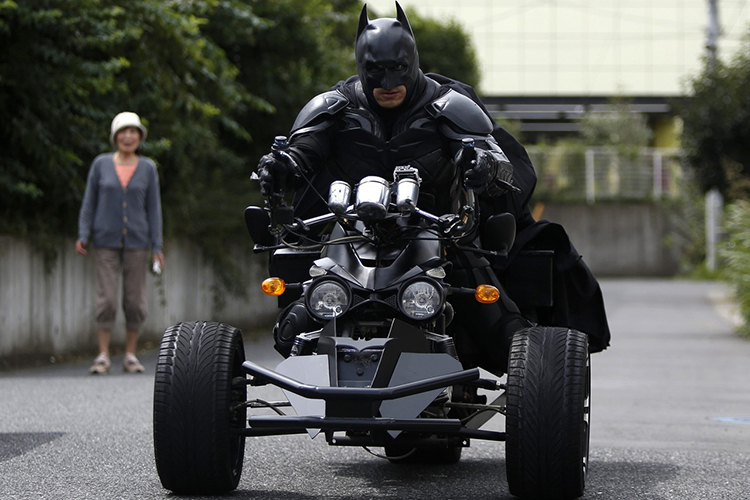 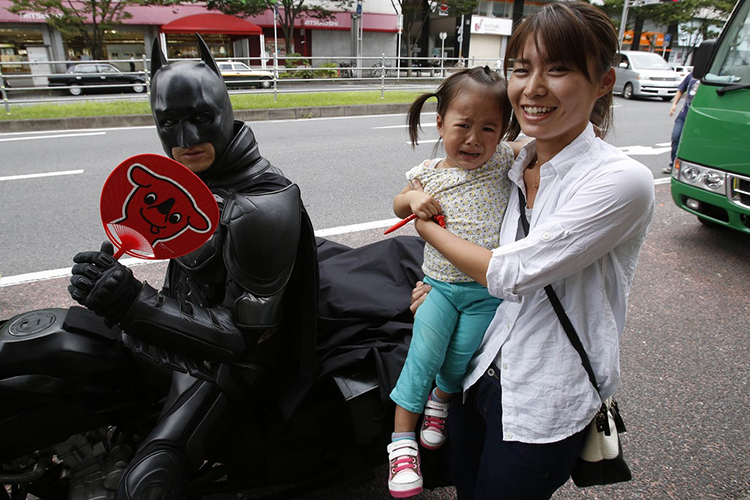 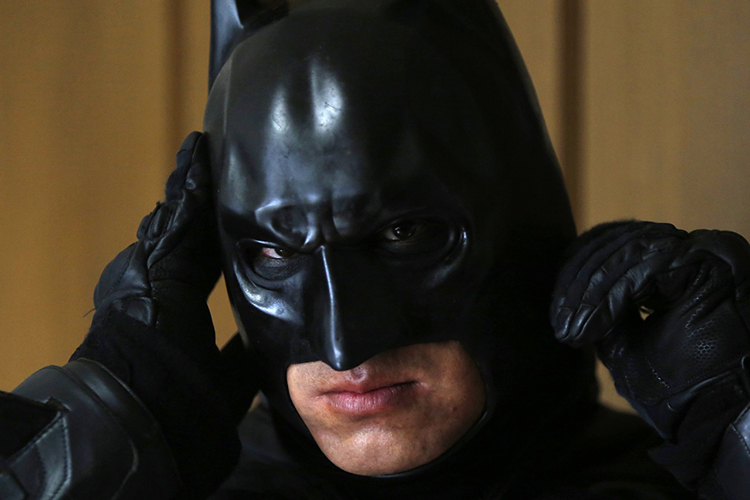 photos by Yuya Shino for Reuters