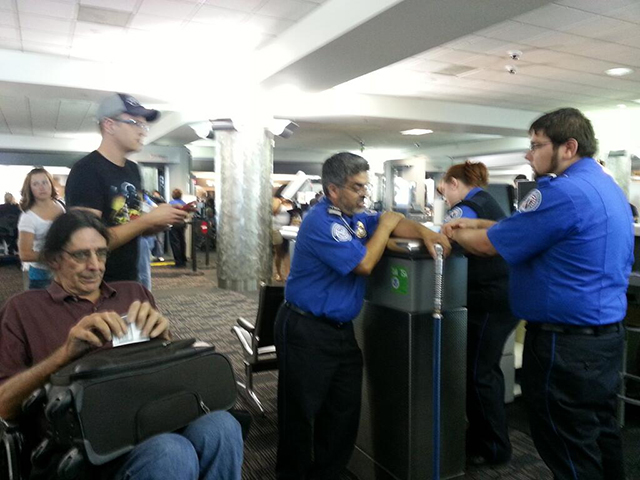 Boyd, Texas-based actor Peter Mayhew, best known for his role as Chewbacca in the Star Wars films, was recently stopped by Transportation Security Administration (TSA) agents in Denver, Colorado while trying to board a plane with his harmless lightsaber shaped cane. He was returning to Dallas/Fort Worth International Airport after making an appearance at the Denver Comic Con. According to NBC DFW, it was “only after the giant actor posted pics of the incident on his official Twitter account @TheWookieeRoars that the agents relented and let him return to north Texas with his light saber cane.” American Airlines checked in on Peter during the fiasco to make sure that the TSA let the Wookiee (and his cane) win. 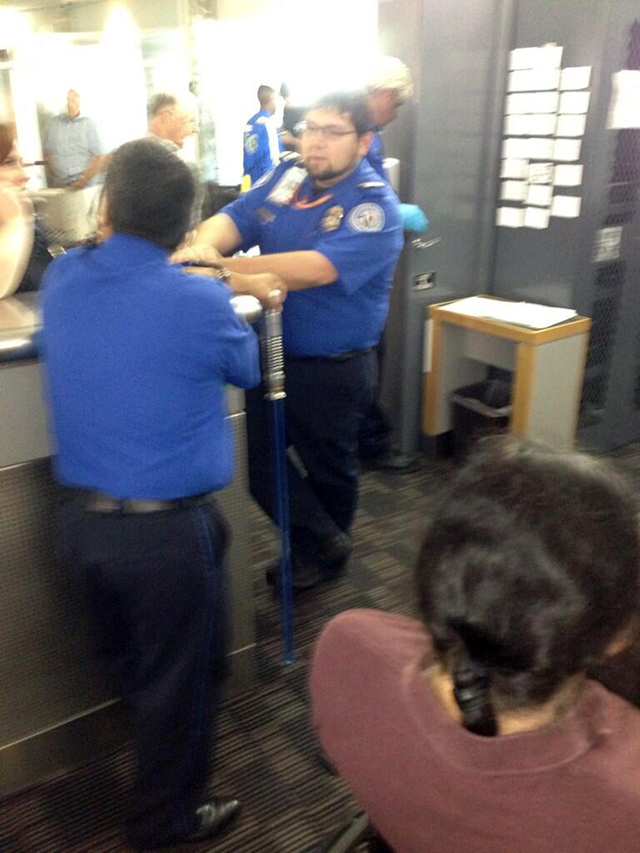 @americanair won’t allow me through the airport with me cane! Can I get a retweet? twitter.com/TheWookieeRoar…

Magic words to TSA are not “please” or “thank you”.. It’s “Twitter”.. cane released to go home.. twitter.com/TheWookieeRoar…

Giant man need giant cane.. small cane snap like toothpick…. besides.. my light saber cane is just cool.. I would miss it..

@thewookieeroars You’re welcome, Peter. We appreciate your loyalty. Have a great day!