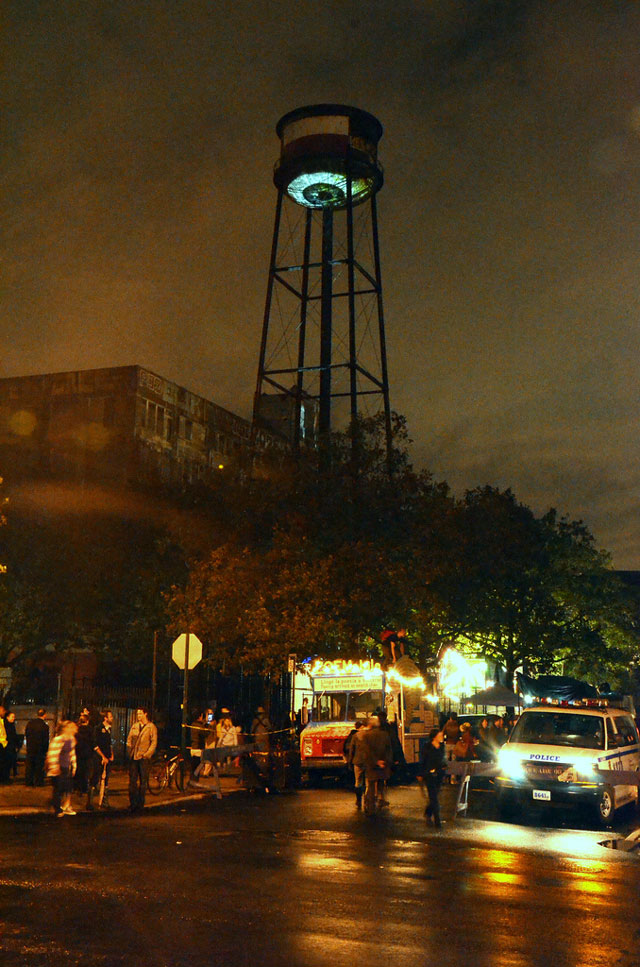 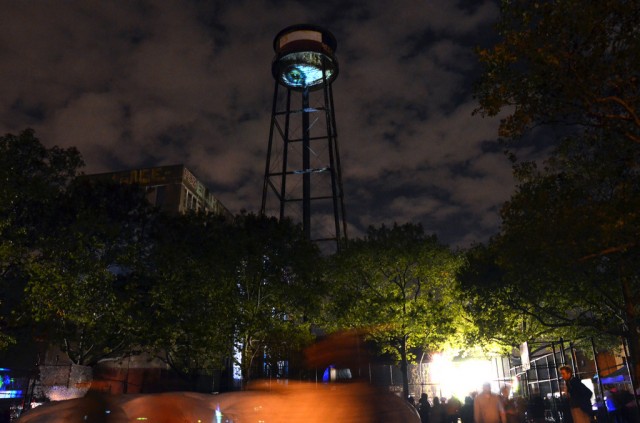 “CCTV/Creative Control” by Marcos Zotes is a video projection of a giant eye projected on the underside of a 10 story high water tower in Brooklyn (video). The projection was displayed during Bring To Light | Nuit Blanche New York City 2011, a nighttime public art festival, on October 1.

CCTV/Creative Control seeks to question the oppressive mechanisms and discourses implemented in the city through the temporary appropriation of public space. The intervention consists of a video projection displaying an over-sized eye onto the lower surface of the 10-storey-hight Milton Street water tower in Brooklyn, New York. Still the highest point in the area, until it is dwarfed by new gentrification plans, the water tower exists as a relic of the neighbourhood’s industrial past. The intervention temporarily transforms this iconic landmark into a discernible CCTV tower, raising questions of private control over public space in the urban context.