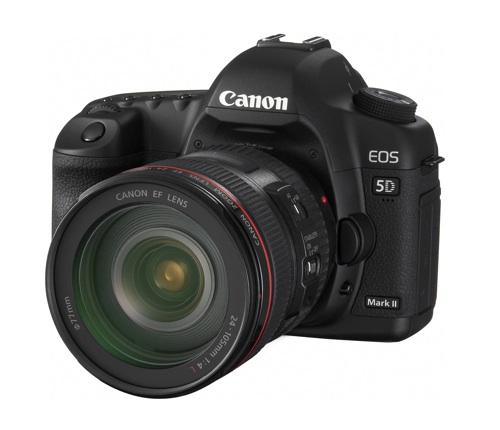 The big surprise was the inclusion of a video feature and not just regular video, but 16:9 full 1080 HD video at 30fps with HDMI output. This trumps Nikon’s recently announced D90, which only records 720p HD video.

The 5D Mark II is priced at $2700 and will be available in November. Here’s Canon’s press release for the new camera.

Of course needless to say, this will be the replacement for my trusty 5D which I have been using since it was first introduced back in 2005. One feature I was hoping for was a faster frame rate (the new camera is 3.9 fps vs. 3 fps for the previous model), but overall the 5D Mark II looks like a huge improvement.