Toronto-based animator Adam Brown (Ugly Americans on Comedy Central) is back, and this time he created a wonderful Calvin and Hobbes animated short that shows the mischievous comic strip duo dancing all of their worries away. To complete the piece, Adam used Flash and inspiration from comic drawings by Bill Watterson. Previously, we wrote about Adam’s animated short in which Calvin is tackled by Hobbes.

Here is an image of the actual dance moves seen in Watterson’s Calvin and Hobbes comic strip: 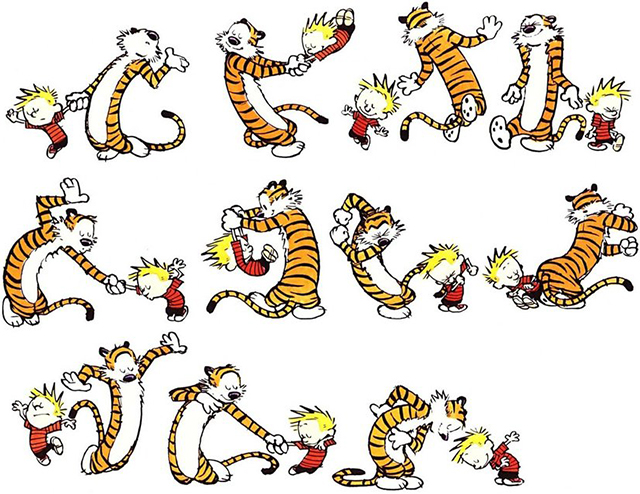 video and image via Adam Brown