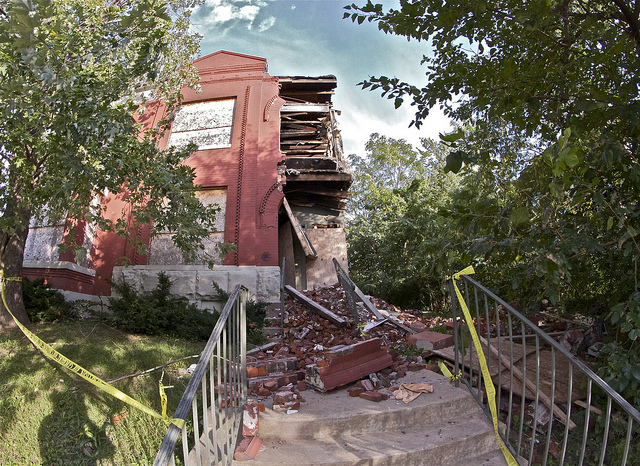 Brick by Chance and Fortune by director Bill Streeter is a documentary about St. Louis, the city’s prized brick architecture, and the surprisingly severe problem of brick theft (see the trailer). As the New York Times reported in 2010, thieves are demolishing entire buildings, sometimes by arson, in order to salvage the valuable bricks. The film premieres in August at the St. Louis Filmmakers Showcase.