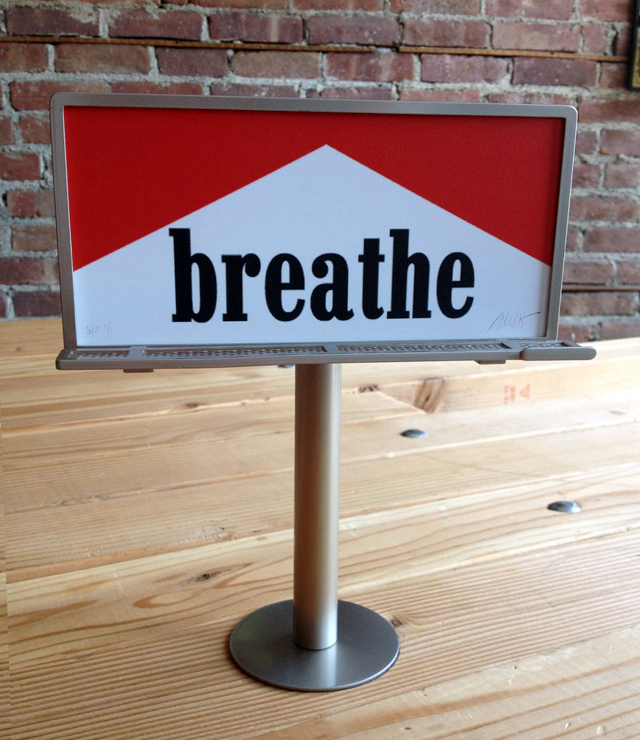 As the first piece in his new monthly Mini Billboards Series release, artist Ron English (previously) took a satirical poke at the tobacco industry with his clever “Breathe Mini Billboard”, which was first seen in 2005 on a life size billboard in Jersey City.

We are proud to announce our new monthly release: Mini Billboard Wednesdays! The last Wednesday of every month will see the release of a 9.5″ metal Mini Billboard featuring a new giclee print of a famous Ron English billboard. Each release will be limited in quantity, and all hand signed and numbered. 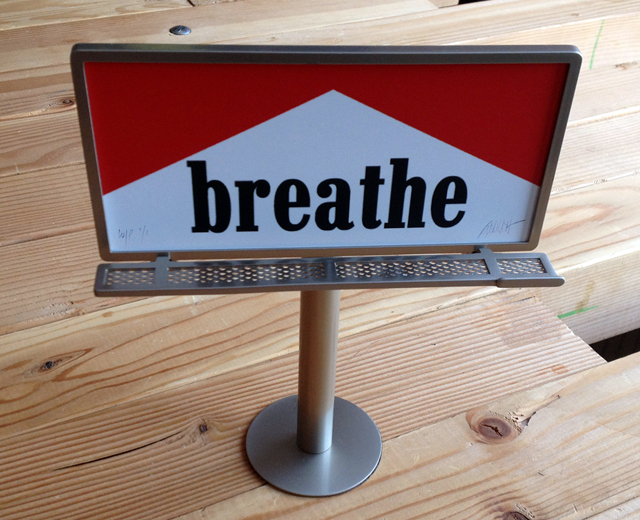 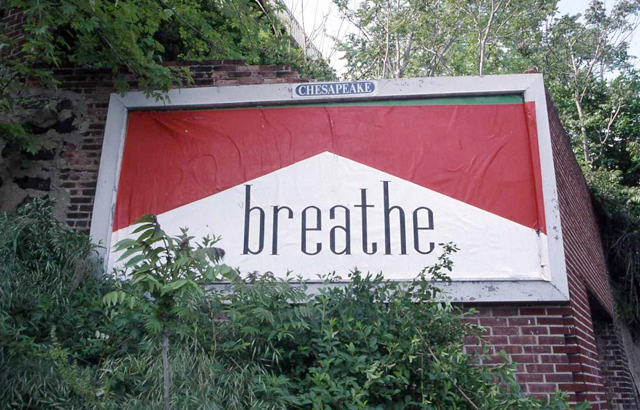