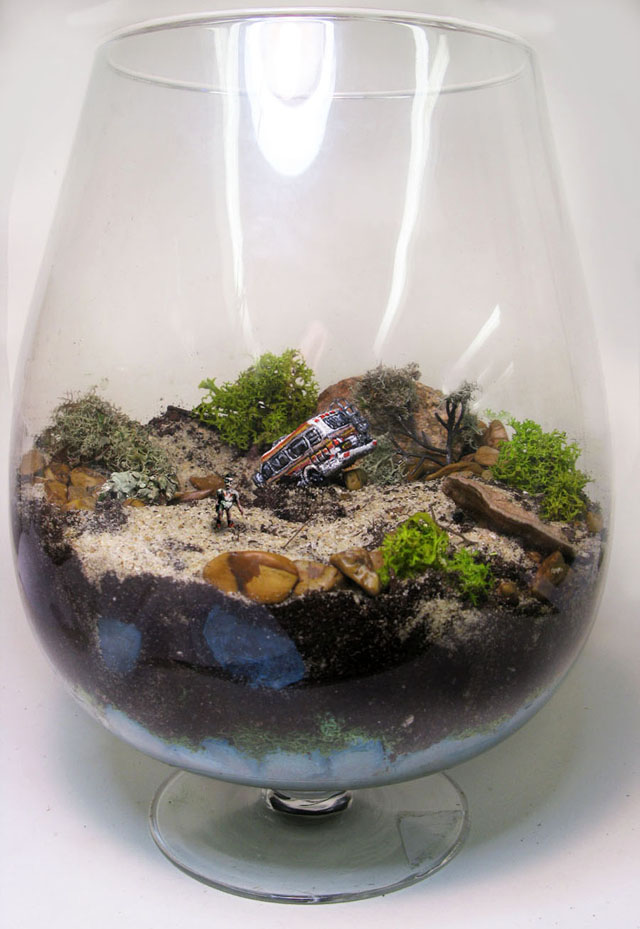 Philadelphia illustrator and crafter Rachel Bishop built an outstanding Breaking Bad themed terrarium that depicts a memorable scene from the first season of the television series. The tiny ecosystem contains two custom made miniature figures: one depicts the main character Walter White in his underwear and the other is the wrecked RV that Jesse and Walter used to cook meth in. It is available it purchase online from the Etsy store, Face of the Earth.

A miniature interpretation of the well known opening sequence of this fantastic TV shows first season. Lining the bottom of this open terrarium are pieces of blue sea glass, closely resembling the blue crystals “Heisenberg” cooks. Alongside the crashed meth lab is the tiniest depiction of Mr. White you may ever see, handmade at about 1/4” tall, glasses tighty whities and all. The RV is a whopping 1/2” long, hand sculpted and painted.

Rachel has also created other impressive terrariums based on popular films and television series, such as Beetlejuice, The Hobbit and The Nightmare Before Christmas. 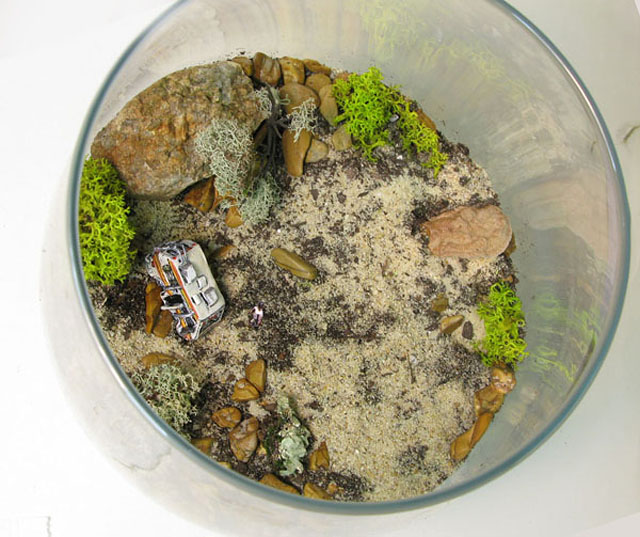 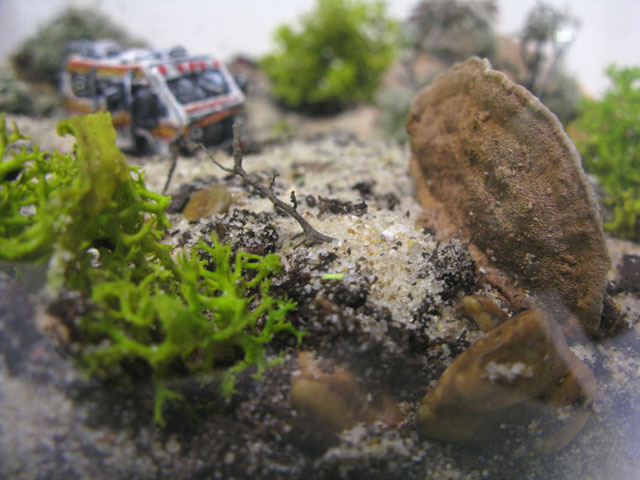 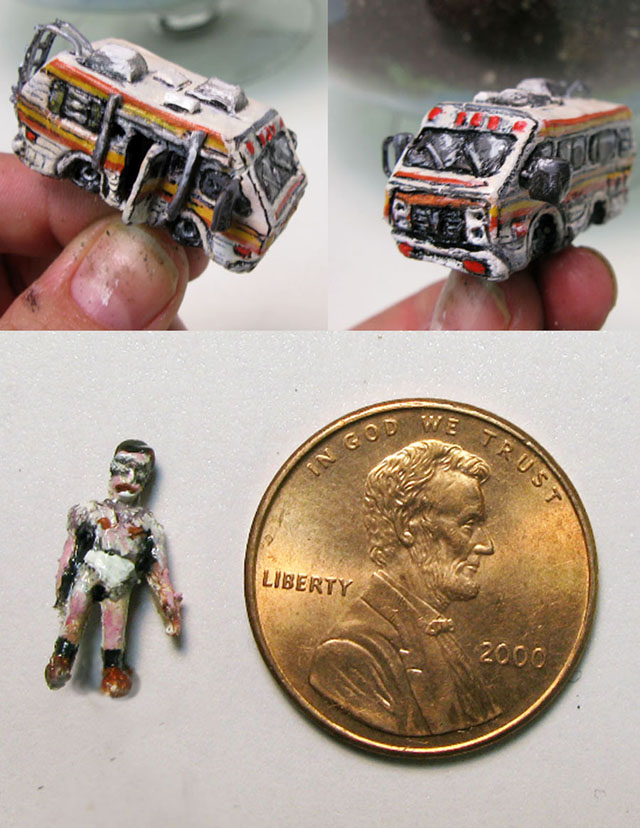