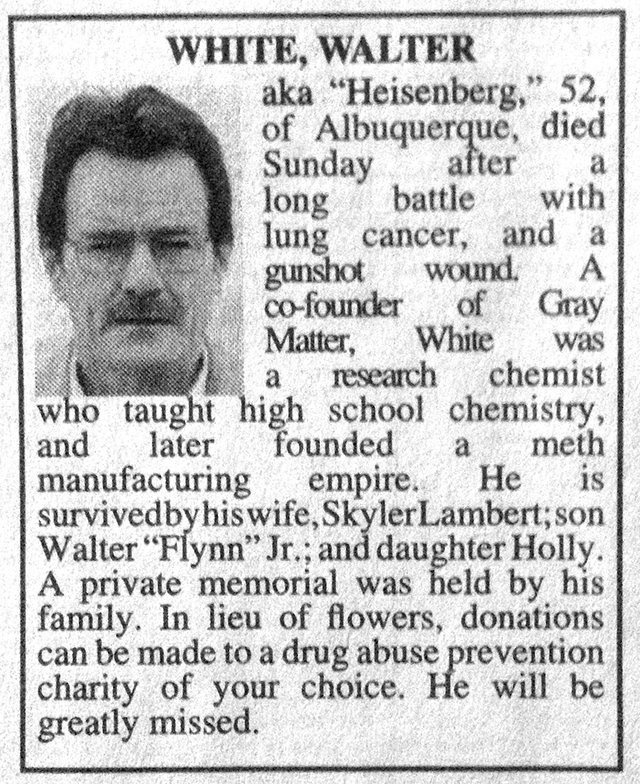 Los Lunas, New Mexico science teacher and Breaking Bad fan Dave Layman created an obituary for Walter White and had it placed in the Albuquerque Journal newspaper. Dave, a member of the Facebook group “Unofficial Breaking Bad Fan Tour,” felt this was a great way of honoring the hit television show’s series finale on AMC.

Having White around for six years, Layman grew to love the character and the TV show.

“I’ve been a humongous ‘Breaking Bad’ fan since the beginning,” Layman said. “I was actually in the pilot, and putting the obit in the paper was fitting, because the series was based in Albuquerque and it provides some of us some closure.” 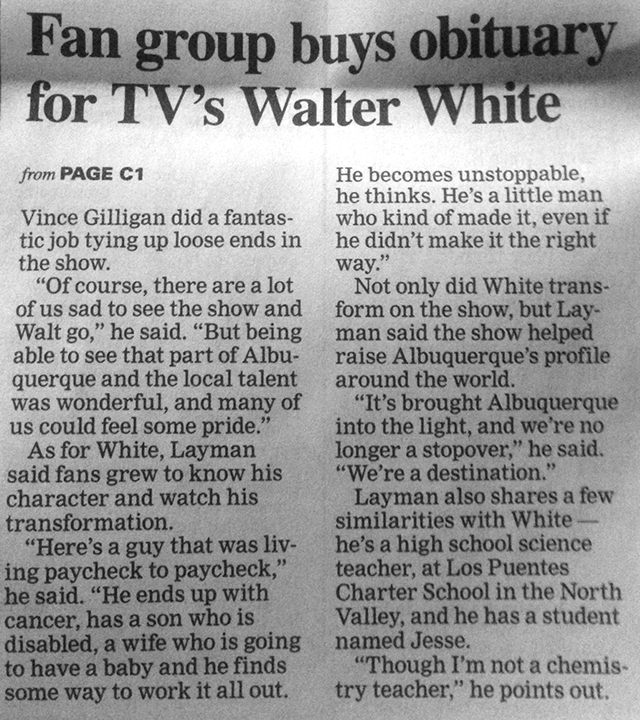 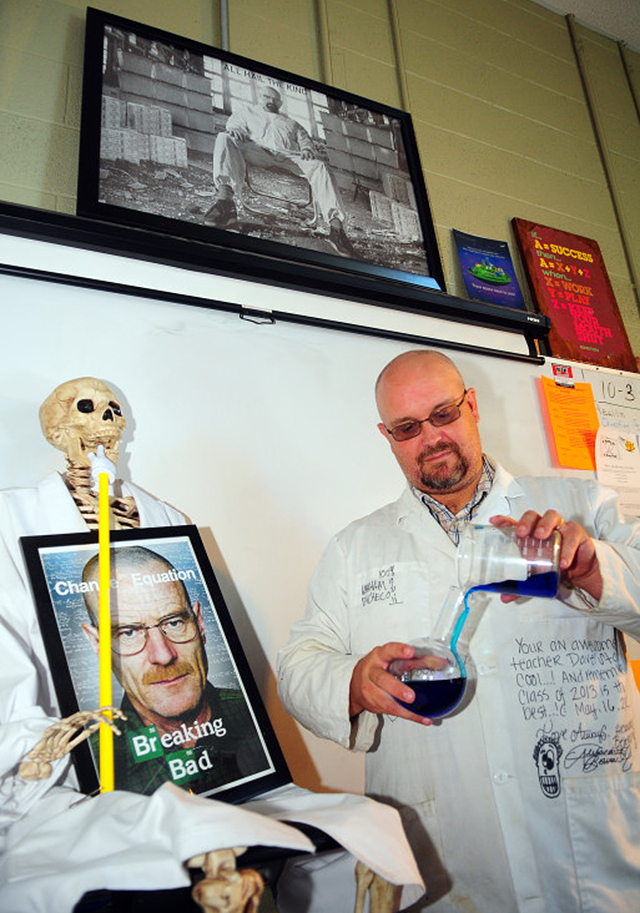