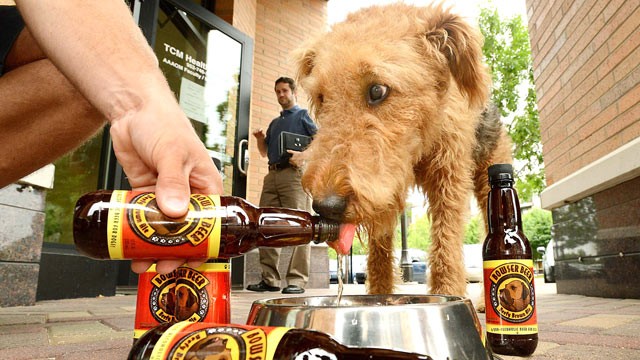 Bowser Beer is a special micro-brew crafted and bottled just for dogs. The Minnesota-based company behind the beer, 3 Busy Dogs, was started by Jenny Brown who concocted the malty brew in 2007. The beer is safe for dogs, as it contains no alcohol, carbonation or harmful hops. Dogs can enjoy the two meaty flavors offered: Cock-a-Doodle-Brew (chicken) or Beefy Brown Ale (beef). It is sold in six packs at the Bowser Beer website or in select pet stores across 42 states. According to their site, Harrod’s in London carries a special edition Bowser beer.

Straight out of the bottle
Pour it over dry kibble
Flavor the water bowl
Pour over crushed ice for a cold,crunchy treat

via The Kitchn and ABC News

photo by Richard Marshall for Pioneer Press via ABC News