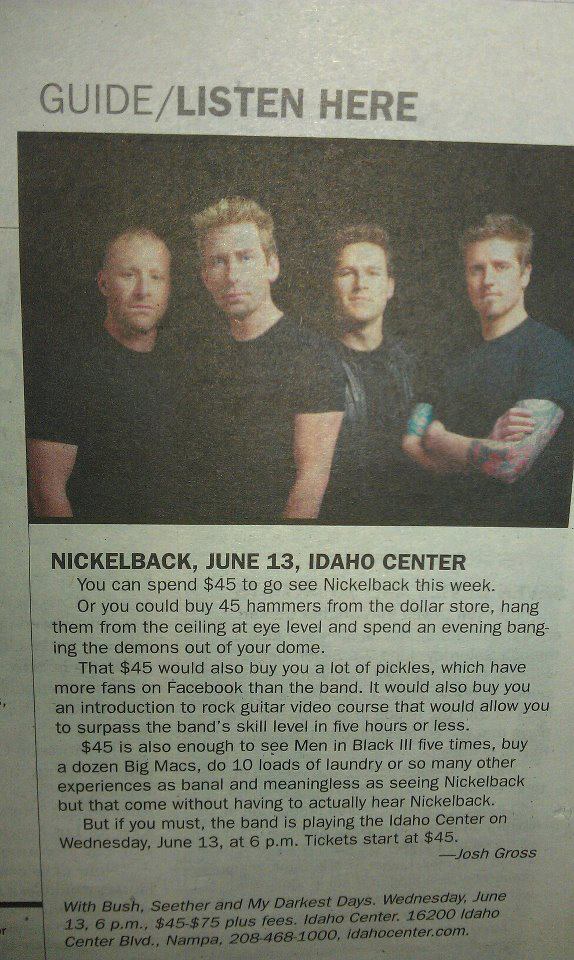 Writer Josh Gross of Boise Weekly offers several alternatives to seeing the Nickelback show on June 13th, including spending the all the ticket money on pickles. On Twitter, Gross says he’s “unclear” why the piece was controversial but “but there will be a post @BoiseWeekly later with some of the bizarre responses.” (Not sure why he’s hating on Nickelback so much…)