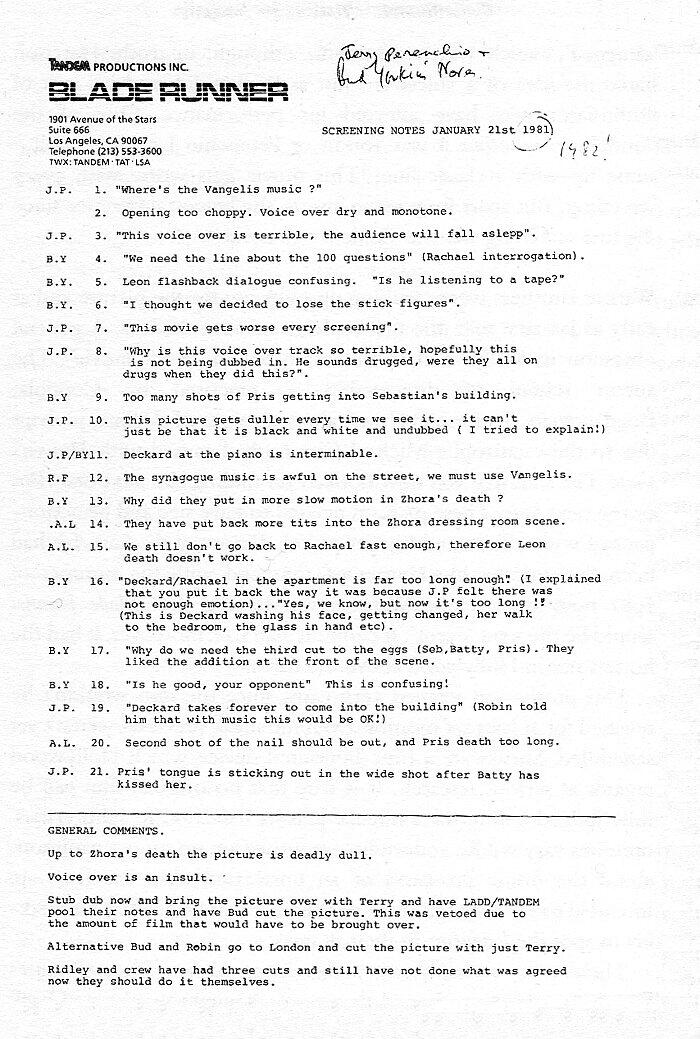 Ridley Scott’s Blade Runner has been hailed as one of the best films ever made, though Harrison Ford’s monotone voice over remains a point of contention to this day. Screening notes from January 1982 — just six months before the film’s theatrical release — reveal that even some of the film’s producers hated the controversial voice over that was originally added by producers in an attempt to make the film less confusing. Tandem Productions executive Jerry Perenchio wrote “why is this voice over track so terrible, hopefully this is not being dubbed in. He sounds drugged, were they all on drugs when they did this?” and expressed concern that “the audience will fall asleep.” Though notes from executives Bud Yorkin and Robin French are less scathing, the general comments remark that the “voice over is an insult.” Ultimately, the film was still released in US theaters with the voice over.