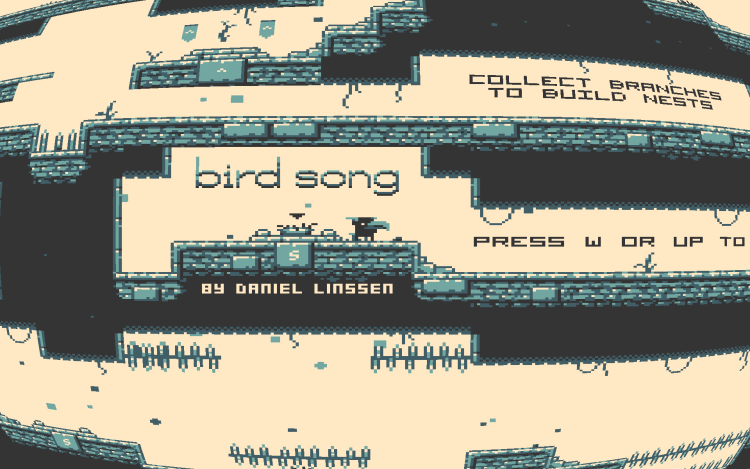 birdsong is a clever video game by Daniel Linssen about a bird leaving the nest that features the entire map on one screen. As players move about, the screen distorts to better showcase the current area while areas outside the current frame of action are pushed to the edge. The game was created as part of the recent Ludum Dare 31 game jam, the theme of which was “Entire Game on One Screen,” and earned the highest “Overall” score.

> Each stick you collect lets you build a nest (at shrines marked with an ‘S’). When you die, you restart at the most recently visited nest (marked with a tick). Some areas are very hard to beat without having nests to act as checkpoints, so collect sticks when you can reach them.
> There are five upgrades to find which improve your jump height or give you special abilities.
> Throughout the world are seven gems. What happens if you collect all of them 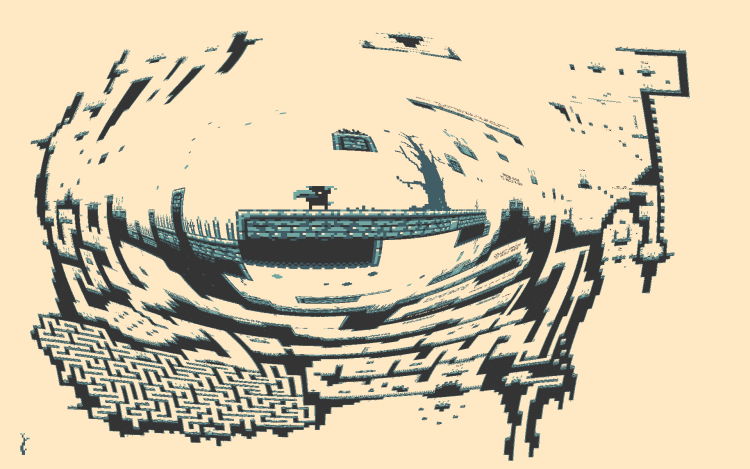 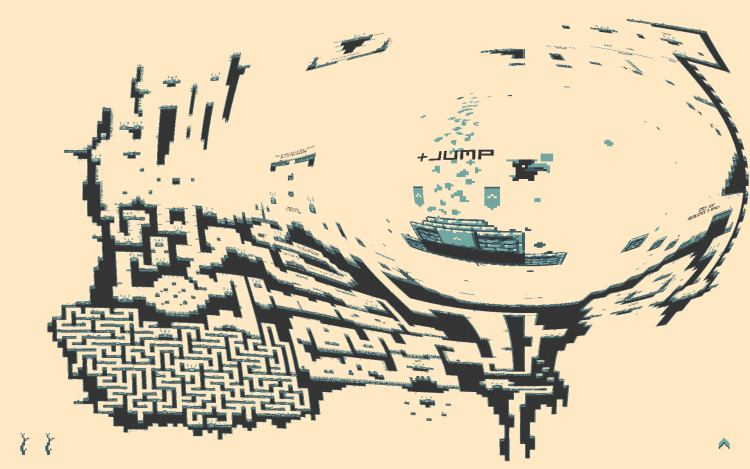 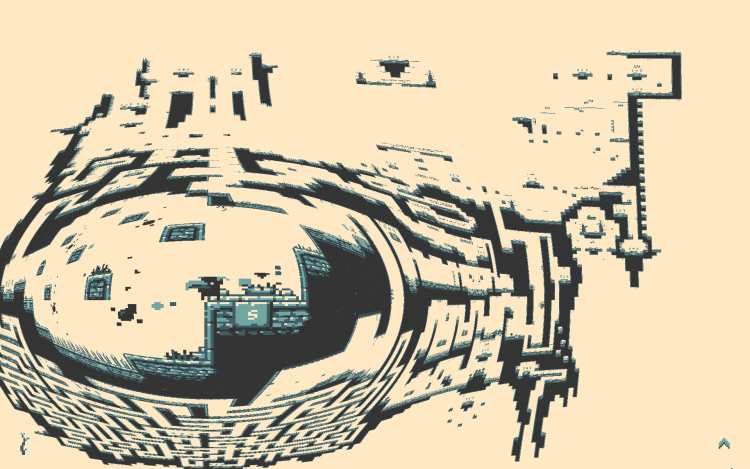 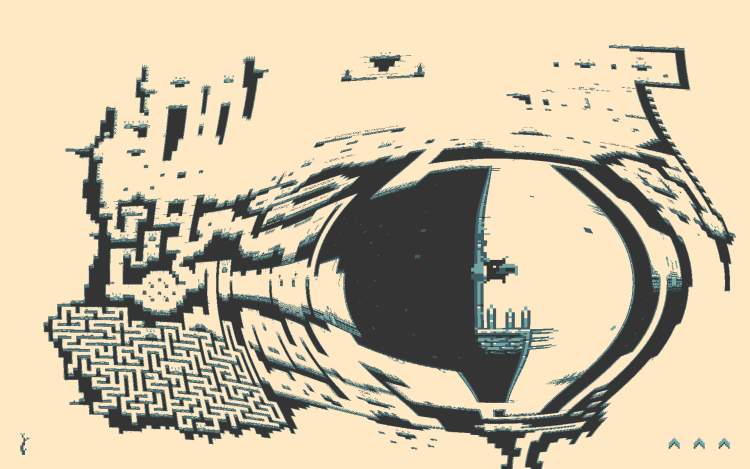