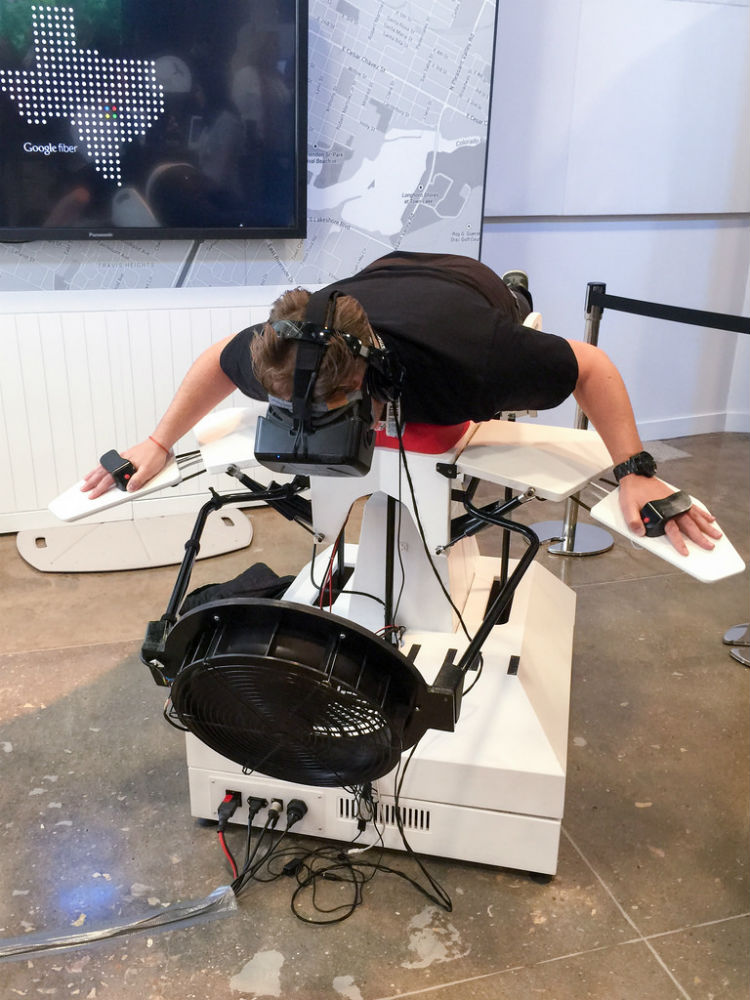 Birdly is a full-body simulator developed by the Institute for Design Research at the Zürich University of the Arts that attempts to recreate the flight of the red kite, a large bird of prey, by utilizing an Oculus Rift virtual reality headset, sonic feedback, and a fan to simulate wind. The demo, as captured by Vimeo user maxR, has been traveling the world, most recently making an appearance at the Google Fiber booth at SXSW 2015.