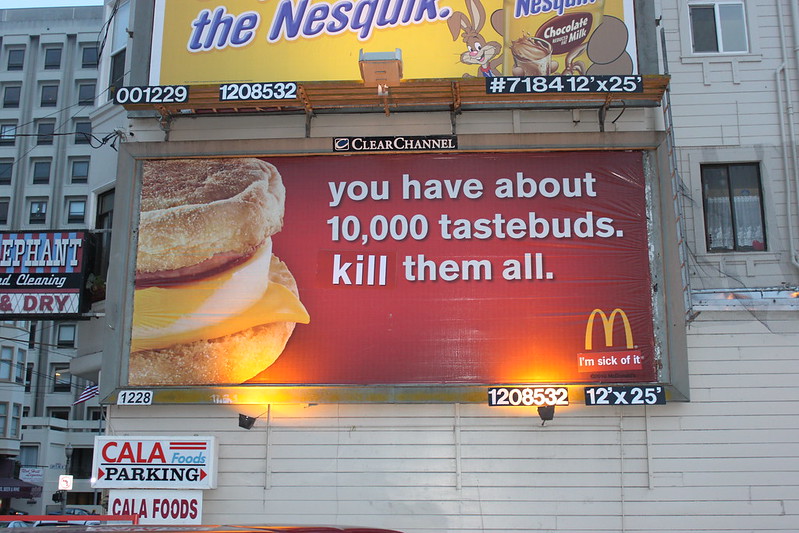 The Billboard Liberation Front has ‘improved’ a McDonald’s billboard at the corner of Hyde and California in San Francisco. The group has issued a press release about the new campaign.

The Billboard Liberation Front (BLF) and the McDonald’s Corporation (MCD) have launched a new advertising improvement campaign. The initiative features a bold new slogan, “I’m Sick of It,” and is designed to counter the brand-negatives that have gnawed at MCD since the release of irresponsible attack-films like “Supersize Me” and “Food, Inc.” By embracing the traditional American values of conformity, convenience, and mediocrity, it is intended to reverse the damage done by the nay-saying health-Nazis and cow-hugging America-haters who have taken a bite out of MCD’s market share and hounded its beloved corporate mascot Ronald McDonald into exile.

“In an uncertain world, customers want comfort and sameness in their eating habits,” the spokesclown observed, speaking from the cramped office he shares with fellow expatriate Joe Camel. “It’s not just about portion size, though that’s still important. In these troubled times it’s more about familiarity, about conformity, and most of all about not taking any risks. MCD has responded to that shift in consumer attitudes, and has reengineered its product line to reflect a culinary landscape that prides itself on mediocrity.” Mr. Camel, speaking through a throat-tube, added: “McDonald’s is the cardiologist of America’s destiny.”

Unashamed to take a bold stance on America’s milquetoast taste, McDonald’s and the Billboard Liberation Front proudly unveil their new campaign: “I’m Sick of It.” The initial improvement can be seen at the corner of California and Hyde in San Francisco.

Here’s the original version of the billboard. 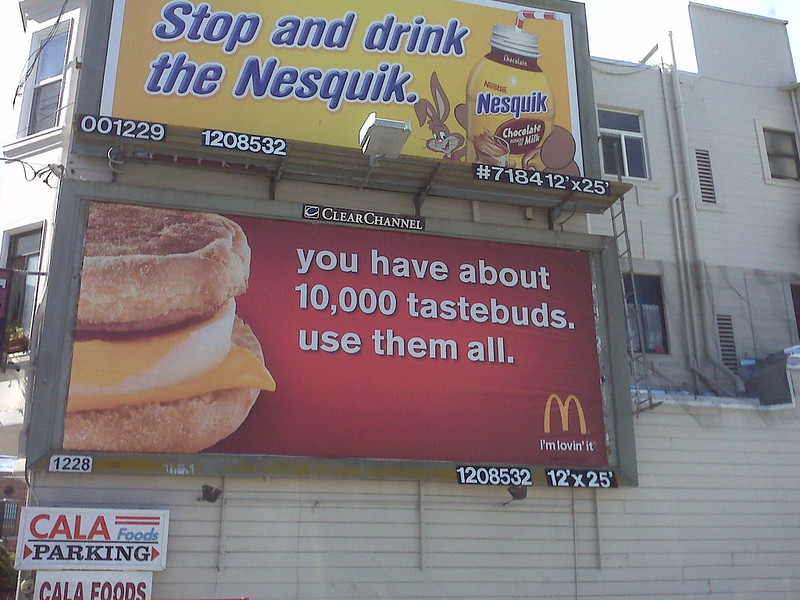