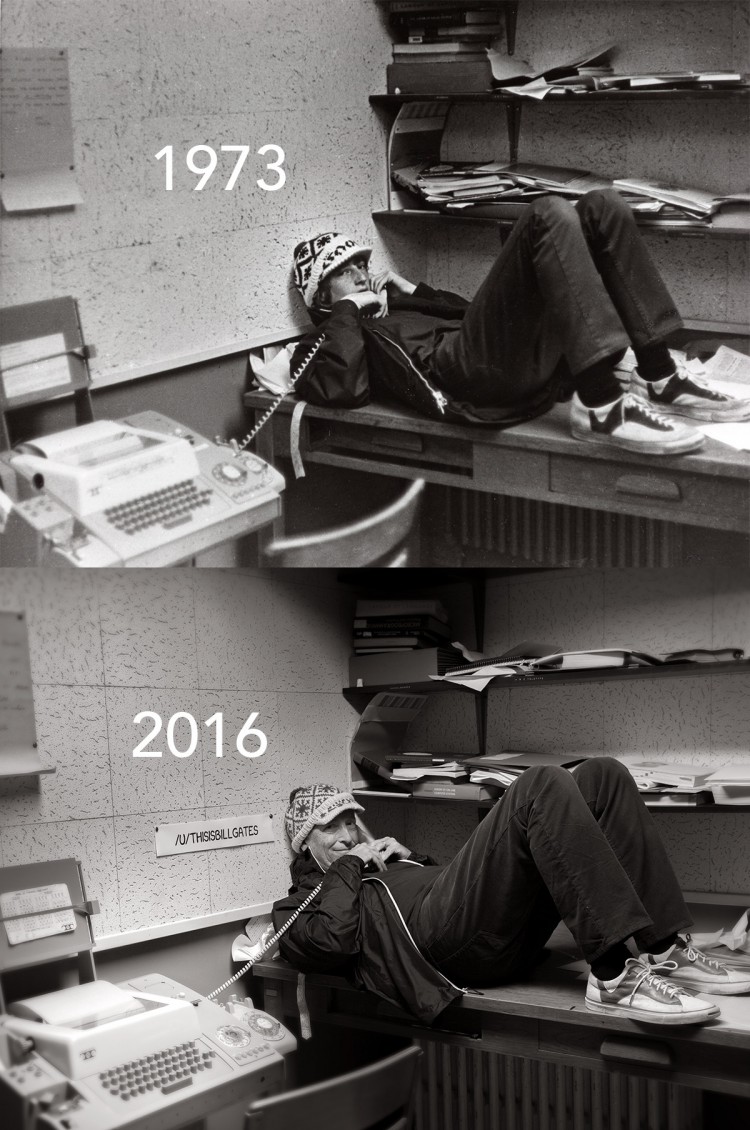 Bill Gates recently gave a reddit AMA, and for his identity verification he recreated a photo of himself from his 1973 high school year book. The new photo matches the original in surprising details, including Gates’ clothes, his pose, and objects in the room itself.

During the AMA session, Gates answered questions about what he doesn’t like to spend money on, where he sees society in 20 years, artificial intelligence, and many more.